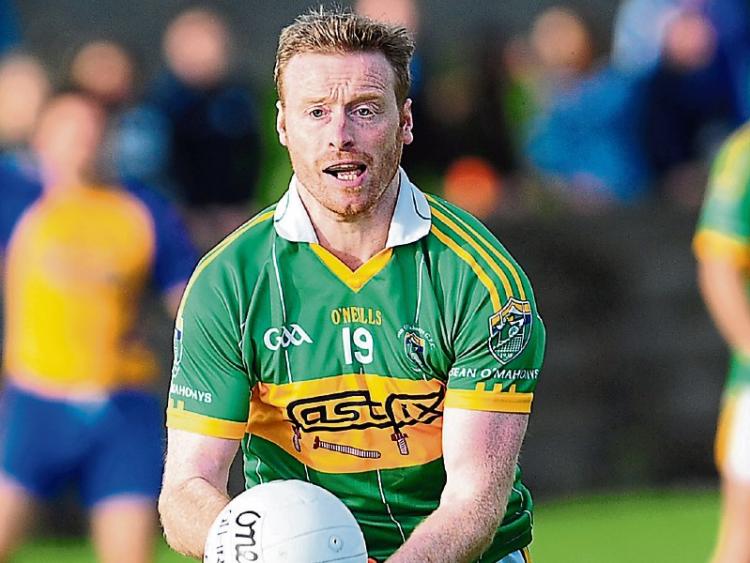 “Absolutely not. I can’t put it any simpler, not in my wildest dreams.” was David Dowling’s reply when asked if he ever thought he’d be in a Leinster Senior semi final at this stage of his career.

“We were solely focused on winning our senior championship.

“Having been beaten the year before, we felt if we knuckled down and a lot of team would have said the O’Mahony’s will go away and our attitude was - the Pats are getting weaker, we’re getting stronger, get a bit lucky and we’ve a chance.

“Once we won Louth the focus was very quickly turned to Leinster - 'okay lads do we want to win Louth and go on a drinking spree and then make a fool of ourselves?' or 'do we want to do well?'”

“Once we got past the Mary’s the belief was there, some of these guys just don’t know when to lose. I’ve been round long enough where losing was probably part of our make-up, but these young fellas haven’t really lost. It's very hard to get out of that winning mentality.”

Dowling’s role of impact sub has been quite effective throughout this campaign but his personal sacrifice for the good of the team took time for him to come to terms with.

“I’ve been playing for a long time and never been used to the subs bench and it took a lot of adjustment in my head. I would think that from a football intelligence point of view I’m clever enough to realise I’m too old.

“Sometimes I get upset and in my head I’m thinking 'I’m good enough, why the hell am I not on?' and I realise there is a bigger thing out there, there is a football team, there is a club and there’s a young fella coming up and they see an old fella getting on ahead of them what does that say to anybody?

“So eventually it took me a while but I’ve come to a place now where if I can do a job for 15, 20 minutes, and in some cases a little bit longer, I’m more than happy to do it.”

Gradual synergy has been key to the Point Road men’s rise according to David.

“I’ve been involved in so many teams but I suppose where it is all coming from is the recent success, probably going back to 2014 where we had Cathal O’Rourke come in and it would have been a lot more systematic. He moved Conor Crawley from the middle to the Square and the 'Kieran Donaghy' effect worked and we’ve built every year from that.”

“With Alan Craven coming in now, he's an excellent communicator, plus Michael Crawley in the backroom team is a phenomenal motivator and we just have a mix of the right talent, with the right group of lads coming through at the right time.

"We also have the right people in the background that can communicate it directly and motivate us in a way, where as in days gone by it might have been one person trying to do it all, now they all have individual jobs.

"We have the man-manager Brendan Nordon, tactical side with Liam McCarthy and we have 2 or 3 lads taking figures and I suppose the analysis we’re getting too we’re doing more on these teams in Leinster than our own county.” he added.

The focus of O’Mahony’s analysis next week will be Offaly champions Rhode and Dowling holds no fear going into this Sunday’s game.

“This game is not about fear we absolutely respect them. They’ve done a lot more in Leinster than we have done, but are we afraid of any team? I don’t think we are, but we certainly respect them. We are stepping up no doubt about it, but all our lads and myself are relishing the prospect. I can’t wait to get out and I can’t wait to see is our next performance going to be good enough.”