Duo have played their part in O'Mahonys' route to final 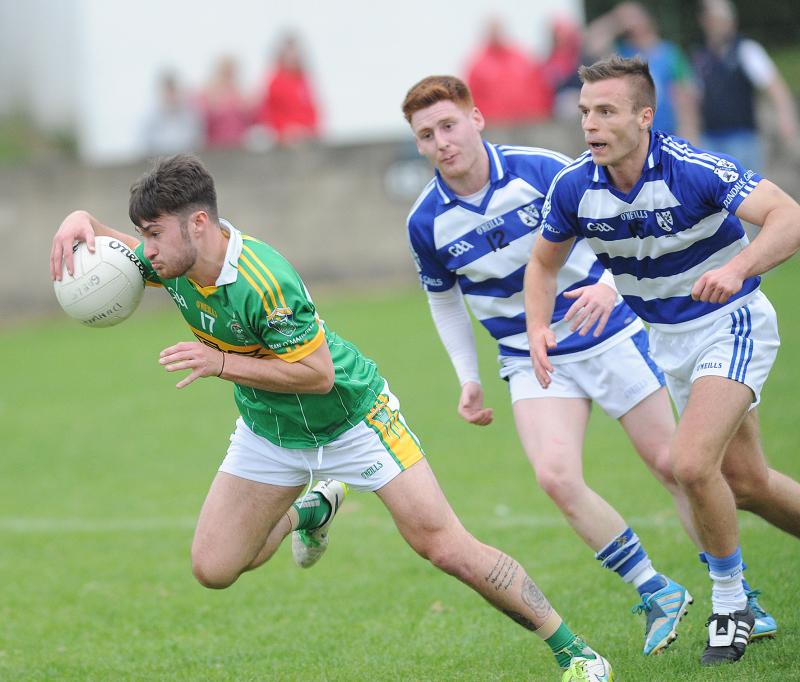 There is no doubting the massive contribution that forward Ben McLaughlin has made to the Sean O’Mahony’s cause this season.

McLaughlin is red hot at the moment, following up his crucial goal against the Geraldines in the Senior Championship quarter-final with five points in the semi-final derby win over Dundalk Gaels in Haggardstown on Saturday night.

It means that McLaughlin will line out for the Quay men in the senior final against St Mary’s in Drogheda on Sunday, October 2 which, ironically, is also the day that his two former League of Ireland clubs, Dundalk and Derry City, clash in the FAI Cup semi-final. How things might have been different for the 21-year-old.

“This year is my first proper full season with the O’Mahony’s and I said I was going to put everything into it to help my team win and that’s what I have dedicated everything to this year,” he told The Dundalk Democrat after Saturday’s win.

This year’s final will see the Seans looking to make up for the disappointment of 2015 when they were beaten by St Patrick’s in the decider.

“Last year was our first year back as a senior team and we got to the final but I think we might have just been happy to be there,” said McLaughlin.

“Every win was a bonus for us but this year is different as we have one thing on our minds and that is winning the Joe Ward. There’s no other way to put it.”

Another man who has been instrumental in their run to the final is goalkeeper, Kevin Brennan.

Back in July, in the opening group game against Kilkerley Emmets, Brennan produced a crucial stop to deny Séan Hand and his save from Jim McEneaney in the last eight win over the Geraldines in Dowdallshill was worthy of being called a ‘match winner’.

“A lot of people have been telling me about the crucial save I made at the end of that game but I genuinely don’t remember it because it happened that quickly. All I was focused on was ensuring we progressed to the next round,” said Brennan.

Sunday week’s final will be the O’Mahonys’ fourth final in the last three years and Brennan said that it will give everybody in the local area a huge lift.

“Another final means everything for the club, both to the players and the men who keep the club running behind the scenes. It boosts community morale and we’re all looking forward to it.”