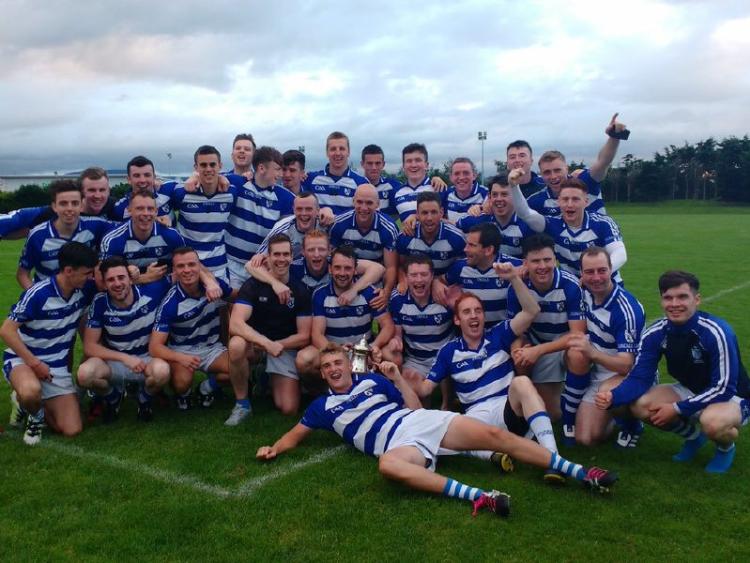 There was a time when it wouldn't be until the Democrat hit the shelves on a Saturday morning that GAA followers were brought fully up to speed on Louth affairs. Sure, the zealots would have tuned into Sean Og O Ceallachain on Radio Eireann at 11 o'clock on Sunday night to hear the local results, and, of course, there'd be lots of chat in the workplaces during the week, “Well, how did your lot do?”, being the opener for many a debate. There was also the Argus and Drogheda Independent to provide information.

But for the definitive, the Demo was the one. It was the bible, as many saw it, readers in the GAA ranks playing a large part in pushing circulation figures to an impressive height.

Then local radio came along, providing results within an hour or two. And after that reports were added, followed in due course by commentaries and interviews. Followers never had it so good.

Just when we thought information, results in particular, couldn't come any faster, the mobile phone made its entry. And then Facebook. And then Twitter. Within seconds of a ball hitting the back of the net, or a game ending, news could be conveyed to points all over the county, or country, or even the globe.

Never were the GAA Twitterari, the Facebookers and the mobile phonists more active around these parts as on Saturday evening last. They were keeping tabs on the crucial matches in the last round of the Division Two League, the ones going ahead at Knockbridge, The Ramparts and Young Irelands grounds. It was quite hectic when it got to the business end..

Bride's were in pole position in that they had a much better score difference than the other two. If all three won, the McShane Cup would almost certainly be presented at Pairc Ui Chuinnigh. However, if Bride's and Gaels won and Clans dropped a point or two, the title would go to Gaels, because they had beaten Bride's in the sides' head-to-head a number of weeks back.

For Clans to take the title, they had to win their match and Bride's lose theirs, and if this were to happen it wouldn't matter to them how Gaels fared, they having beaten their Dundalk rivals in the very first round of the competition.

Bride's and Gaels were always well clear in their respective outings with Naomh Finbarra and Na Piarsaigh, but as the screen-watchers were able to convey, Clans had Young Irelands on their shoulder throughout. And it got particularly tight near the end, an Ireland goal from a penalty putting them marginally ahead.

It's not known what it was like in Knockbridge when word came through that the Irelands/Clans tie had ended in a draw, but there were whoops of joy at The Ramparts. Gaels, in their first season under the care of Dromintee-born Malachy O'Rourke, had won the title, the second time they'd done so in such a dramatic finish, depriving Clan na Gael on each occasion.

Four years earlier, when guided by Benny McArdle, the blue-and-whites needed to win their final match with Naomh Malachi, while at the same time hope for a win for St Mochta's in their away game with Clans. The hand-held machinery may not have been as sophisticated back then, but what was available had news that was music to Pairc na nGael ears.