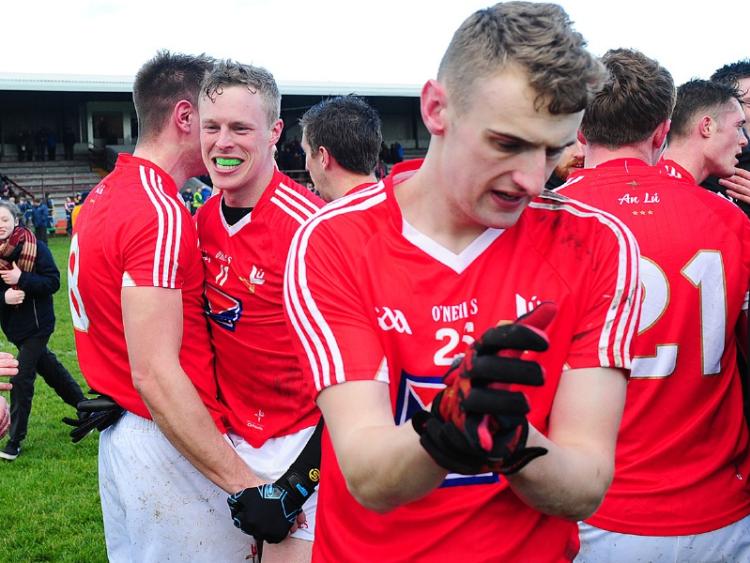 Just as well Enda Kenny hasn't been asked to referee Sunday's Leinster senior championship football quarter-final at Parnell Park. If he had, Louth people would surely be questioning his every decision given his perceived bias towards Meath – or, if you like, anti-Louth bias - in his recent political appointments. Whingers? We'd put Castlebar folk in the shade at Donnycarney.

There were junior ministers to be named after the staunch Mayo supporter got himself a second term as Taoiseach after much wheeling and dealing. While the election result was, overall, disappointing for Fine Gael, the party's two Louth representatives, Fergus O'Dowd and Peter Fitzpatrick, did well enough to retain their seats quite comfortably.

Both had reason to be hopeful, if not confident, they'd get the nod when it came to distributing the second tranche of jobs after the really big ones had been filled. Long-server O'Dowd had been there before, while Fitzpatrick was, in his own words, happy with his work since first making a surprise delve into politics five years ago.

The Louthmen's disappointment with being passed over was probably accentuated by the promotion of three Meath deputies to junior ministerial posts. (Yes, as in football, there are serious local rivalries in politics, even among those wearing the same jersey.)

It didn't end at that. There were senators to be named, and here again Kenny showed favour to only one side of the Boyne. Trim-based Ray Butler, the former TD who lost his seat in the election, was given a consolation prize, but there was no room for Haggardstown-born Jim D'Arcy, who'd been a diligent, sometimes humorous, member of the last Senate.

If the Taoiseach got it wrong he wasn't alone. Here in this neck of the woods the opinion was expressed that Parnell Park couldn't hold all that would want to see this repeat of the 2010 provincial final, when, in case you've forgotten, Meath were, eh, lucky, and, in its aftermath, Louth whinged and Croke Park put the emphasis on some Louth supporters' misbehaviour while ignoring the injustice of it all. (Is that another whinge?)

The Dublin pitch has a capacity of 11,000 or thereabouts, but according to a Louth Co Board officer, speaking last week, there's been 'no mad rush' for tickets, and, seemingly, it's been much the same in Meath. There won't be anything near the 20,000 forecast here in attendance.

Where have all the Royalists gone, those who were fed on unprecedented success in the Boylan years, and since then have seen their team win two provincial finals? It's not a unified county, we're told. Eamonn O'Brien's failure to be reappointed as manager after overseeing the 2010 win caused dissension which still persists.

As for Louth, tickets sales showed that of the 48,000-plus who were at Croker six years ago, more than half were in red-and-white. It takes a final to bring out that kind of support, but that considered, and, indeed, the county's nosedive since, halted by the Division Four league win a number of weeks back, a set-to with the auld enemy would, you'd have thought, have more than a few thousand heading to Dublin.

Meath are making their championship bow, while Louth have been out against Carlow. Colin Kelly's side ran up 2-24 that day at Portlaoise, but the downside of a reasonably good performance was the number of scores conceded.

The team is not at hand at the time of writing - it's getting later and later in the week before line-outs go out for public consumption, leaving supporters little time to chew over them. But while the forwards and midfield are unlikely to show any great change, Kelly and his cohorts may move to make alterations at the back. It has to be said, however, that the defence was consistently good throughout the league, one of the most frugal of the thirty-two competing over the four division, and it may have been nothing more than a blip at Portlaoise.

Let's hope so. While the 2010 final is first to be mentioned whenever there's talk of a Boyneside meeting, there was another twelve months later, an All-Ireland qualifier at Breffni Park. Cian Ward filled his boots at the Cavan headquarters, scoring four goals as Meath sauntered to the easiest of wins.

Could there be a better occasion than next Sunday for Louth to put a better balance on the score between these keenest of rivals?