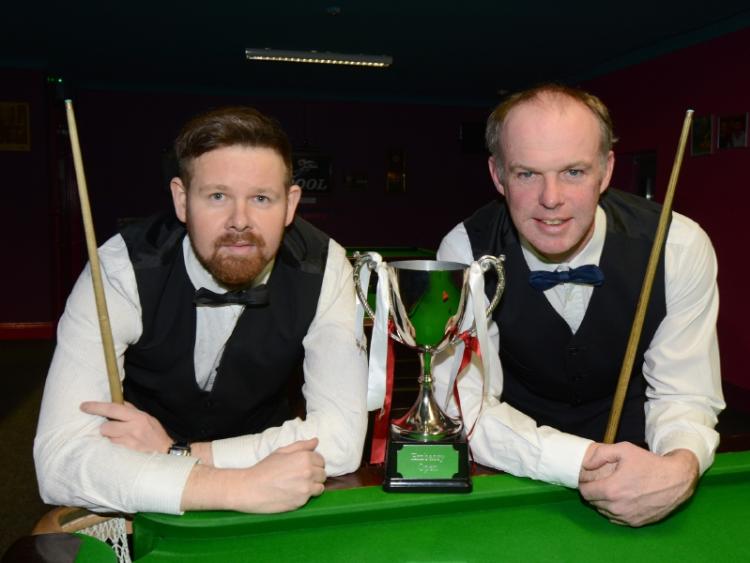 He may not have had his usual McArdle ‘potting boots’ on for the final but McArdle’s overall tactical nous and safety play had his opponent under severe pressure from the early stages.

O’Connor led for most of the opening frame but David mopped up the frame on the colours to take a 1-0 lead and he took the second frame in comfortable fashion after establishing a 30 plus break early on.

Dominic was left with an uphill task in the third frame. Requiring the brown to black to pinch the frame, he sank the pot of the night with an excellent long brown to land perfectly on the blue. However he missed what looked like a routine opening and McArdle showed no mercy, mopping up take a 3-0 lead.

McArdle upped his game to win the next two frames and close out the match. In the last frame, he recorded three solid 30 plus breaks from three visits to finish in style and claim the title for a second successive year.

While he didn’t produce any break of note in the final, McArdle also claimed the highest break in the competition with a fine 97 clearance in the 3-1 quarter-final win against his rival and friend, Alan Thompson. For O’Connor, he will no doubt be disappointed with his display in the final but he can take major positives from his run to the final.

Both players would like to thank Derek Hernon at the Embassy Snooker Club for having the table in excellent condition and also Tony’s Pizzeria for their kind sponsorship of food on the night.