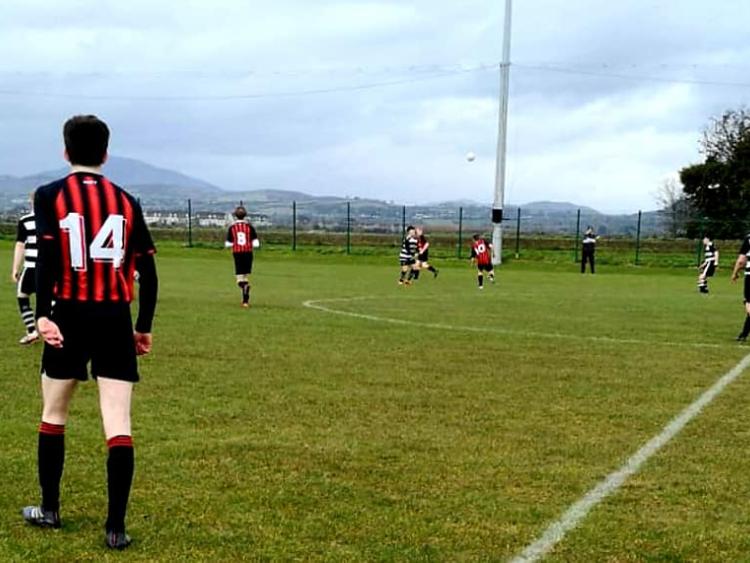 Bellurgan United booked their place in the U19 Cup semi-finals after a closely fought cup tie with Quay Celtic.

Carrick Rovers advanced to the semi-finals of the U19 Cup with a hard-earned, 2-1 victory over Rock Celtic.
Like in their league meeting at Sandy Lane, a single goal divided the sides, The Seasiders winning a thriller 4-3 on that occasion.

Ryan Marron, Carrick’s leading goalscorer, notched his fourth of the campaign here, to add to Dylan McMahon’s maiden score to secure the Monaghan side the win. Seán Maguire got Rock’s only goal with his third finish of the season.

Bellurgan United booked their place in the U19 Cup semi-finals after a closely fought cup tie with Quay Celtic.

Conor Conway, with his first goal of the season, gave Bellurgan the lead. Dillon Callan, with his second strike of the campaign, notched Quay’s score. Luke Higgins, with his third goal of the term, got Bellurgan’s other score to send them into the last four, to join St. Dominic’s, Carrick and Termonfeckin.

- The league match between Ardee Celtic and Glenmuir United, which was abandoned with two minutes to play, will be replayed on Saturday, March 14, in Townparks, Ardee. KO: 12pm.