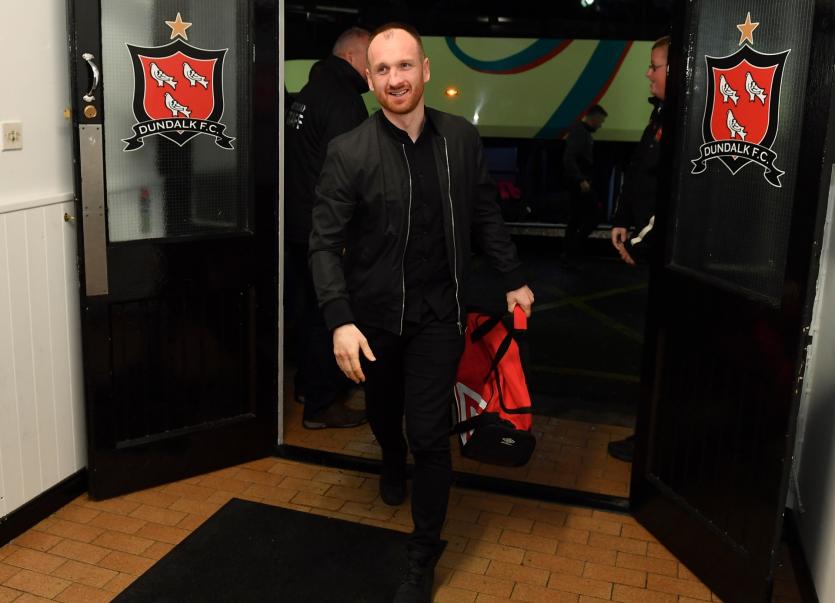 Former Dundalk FC captain Stephen O’Donnell is about to embark on what will be his first full season as St. Patrick’s Athletic manager. (Pic: Sportsfile)

Former Dundalk FC captain Stephen O’Donnell is about to embark on what will be his first full season as St. Patrick’s Athletic manager, but insists that he won’t be necessarily adopting the same philosophy he learnt under Stephen Kenny during the six years they worked together at Oriel Park.

“Everyone has a different opinion on the right way of football,” O’Donnell told The Democrat.

“We’ll have a certain style and our style will also reflect the players we have in the squad. Ultimately, we’re in the business of winning games and whatever way that suits our team best, to go out and try win games, that’s what we’re going to do.

“I wouldn’t say we’re fluid in the way we approach games, we will have different personnel at different times available on any given Friday night, so whatever team we have out on the pitch, we’re involved in winning games and that’s what we’re looking to do.”

O’Donnell took over from predecessor Harry Kenny towards the end of last season, with the Inchicore side ultimately ending the campaign five points behind Derry City in the European places.

In a bid to bridge that gap in 2020, St. Pat’s have brought in a number of new additions to Richmond Park, including former Dundalk midfielder Robbie Benson, but O’Donnell insists that his players will be picked based on their current form, as opposed to what they have achieved with previous clubs.

“It’s a very new squad, but what I can guarantee St. Pat’s fans, is that there will be a group of players there that, every Friday night, will give their utmost to get three points or a point and play for the supporters and play for the Pat’s jersey because that’s what we’re going to demand, and anyone falling short of that won’t play, it’s as simple as that.

“That’s the basic demands that we’re going to put on the players, you play with an intensity and you play with full commitment to the football club. If you do that week in, week out, you’ll have a chance.”

The Saints welcome Waterford to Richmond on the opening night of the new season, while both O’Donnell and Benson will make their return to Oriel Park on March 13, in week six.