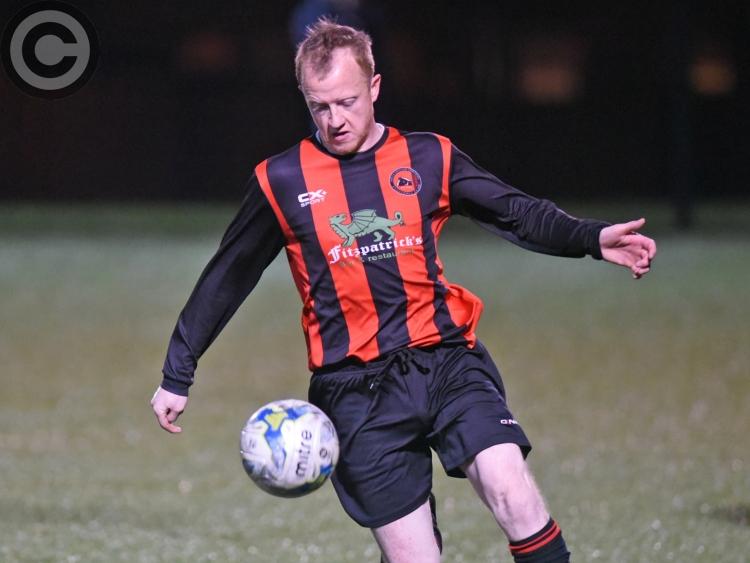 Teenager Tadgh O'Connor marked his first senior start with two-goals as Bellurgan United picked up a much-needed victory against basement dwellers Kingscourt Harps on Sunday morning to push themselves clear of the relegation zone.

The Flynn Park side were dominant throughout and scored some eye-catching goals with midfielders Stephen Finnegan and Brian White adding to O'Connor's brace.

Bellurgan went ahead on seven-minutes when Shane Finnegan's cross was headed back across goal by Ciarán Sheelan. The visiting 'keeper saved brilliantly only for Stephen Finnegan to follow in and drive high to the net.

White had an effort saved, while O'Connor saw an attempt cleared off the line as pressure mounted from the hosts and they deservedly got their second goal on the stroke of half-time.

Stephen Finnegan picked up the ball in midfield, jinked around two players and threaded a ball through for O'Connor who settled himself and shot home.

Leading 2-0 at half-time, Bellurgan extended their advantage on the hour-mark with the goal of the match. White picked up the ball in the centre-circle, rounded two opponents and played into substitute Danny O'Connor who laid it back for White to drill spectacularly to the net from 30-yards.

Goal number four arrived with less than 15-minutes remaining. Right-back Aoghan McGuinness darted up the wing, eventually passing to Sheelan who transferred possession to O'Connor and from 12-yards the striker showed great composure to round the 'keeper and convert his second of the outing.