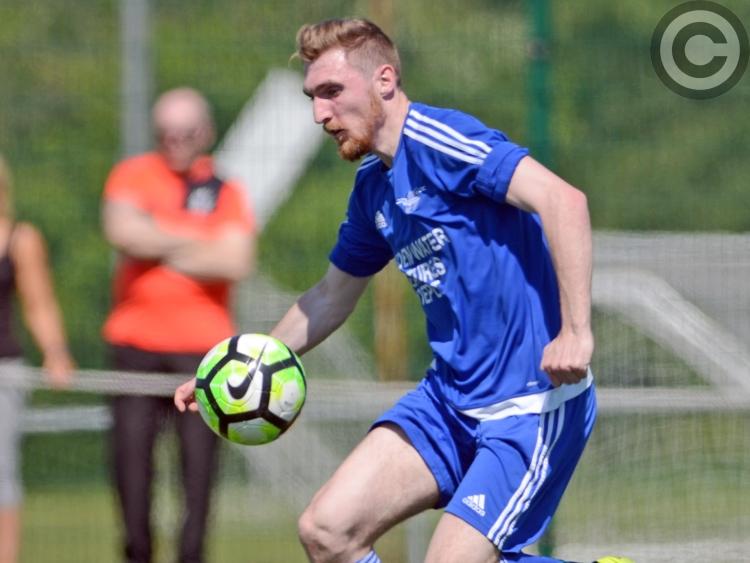 Gary Clarke's last minute penalty sent Muirhevna Mor into the second round of the FAI Junior Cup in Dublin on Sunday afternoon.

The winger stepped up to drive the spot-kick to the top-corner with virtually the last kick of play as the NEFL Premier Division holders booked a meeting with Finglas in two-weeks' time.

Valeview came out all guns blazing early on and they went ahead when their striker latched onto a mistake from Chris Caulfield to round the advancing Michael Cooney and finish to the net.

But the Blues recovered to take the initiative as the half progressed. Jimmy Cooney found the equaliser from the penalty spot after Clarke had been impeded when chasing in behind. And within five-minutes of levelling the tie, 'Mor went ahead when a dropping ball invited Thomas McShane to shoot and he did so successfully, driving to the net through a crowded goal mouth.

Leading 2-1 at the break, the Dundalk side conceded for a second time when Michael Cooney's parried effort was followed up by a Valeview attacker.

However, just when it seemed as if there would be no further strikes, the Blues were awarded a second penalty for a handball and Clarke showed an ice-cool head to send them into the next round.