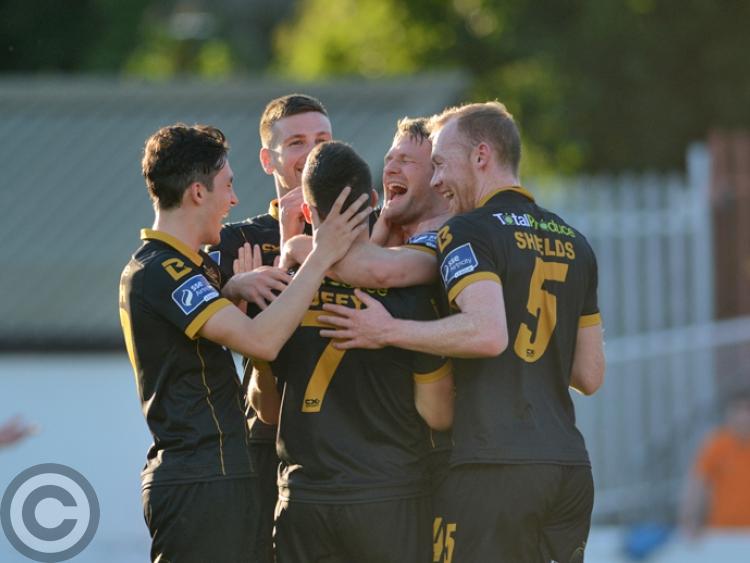 Michael Duffy and David McMillan got on the scoresheet as Dundalk picked up their fourth win from five league games, against St. Patrick's Athletic tonight.

'21: @stpatsfc 0-1 @DundalkFC. Michael Duffy strikes a free-kick in stunning style to the top corner of the net.

The goal was all Stephen Kenny's men had deserved and had they taken a bigger lead to the break; the hosts could hardly have argued.

Patrick McEleney, Duffy and Stephen O'Donnell, one of two changes from the side who drew with Derry City on Tuesday night, all had efforts which forced O'Malley in to action.

The Dubliners began the second-period the brighter, without giving Gary Rogers much to deal with before Dundalk regained the ascendancy as the half progressed.

Duffy and McEleney were playing great stuff, however, it was McMillan who was to grab the second when he controlled beautifully on his chest before spinning away and shooting to the bottom corner, on 68 minutes.

'68: @stpatsfc 0-2 @DundalkFC. Davy Mac will score for you!!! David McMillan's ninth league goal of the season

Further chances were to come for the champions with Duffy and McMillan stretching a tiring St. Pats rear-guard. Although, there were to be no more majors as the Lilywhites comfortably saw the game out.