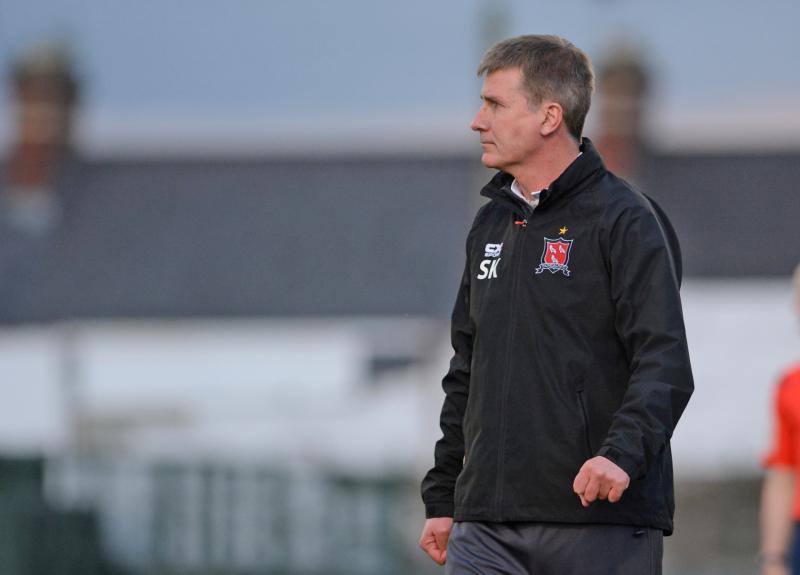 Dundalk drew a league game for the first time since last September in Oriel Park this evening, as their SSE Airtricity League game with Derry City finished goalless.

In a game of few chances, the Lilywhites were perhaps lucky not to have been left with nothing as a strong second-half from Derry saw them arguably deserve the three-points on offer.

Unsurprisingly, for the third game in a row, Stephen Kenny named an unchanged side but, in contrast to the previous two outings with this line-up, Dundalk struggled for rhythm in their play with Derry's compact defence making openings hard to come by.

Especially in a first-half where clear-cut chances where certainly at a premium. Paddy Barrett forced Doherty into action with a header before Dane Massey's thunderous strike was grasped by the Derry 'keeper at the second attempt, all inside an entertaining opening 10 minutes.

Thereafter in the half, though, it was practically a non-event with Derry eager to sit in and defend in numbers, while Dundalk grew frustrated as attack-after-attack broke down.

Upon the resumption, you expected Dundalk to bring an added intensity to their play. However, it was Derry who were the better side after the interval with Ronan Curtis, Barry McNamee and Nathan Boyle having chances for the Foylesiders while Seán Hoare was in debt to Robbie Benson for clearing his wayward clearance off the line.

Ciaran Kilduff and Thomas Stewart were introduced to add a bit of life to the Dundalk attack, although Doherty was never tested during a poor second-half showing from the Lilywhites.

Indeed, had Curtis' late drive went a yard inside the post, the Lilywhites would have been beaten, and on the balance of play, they couldn't have argued.