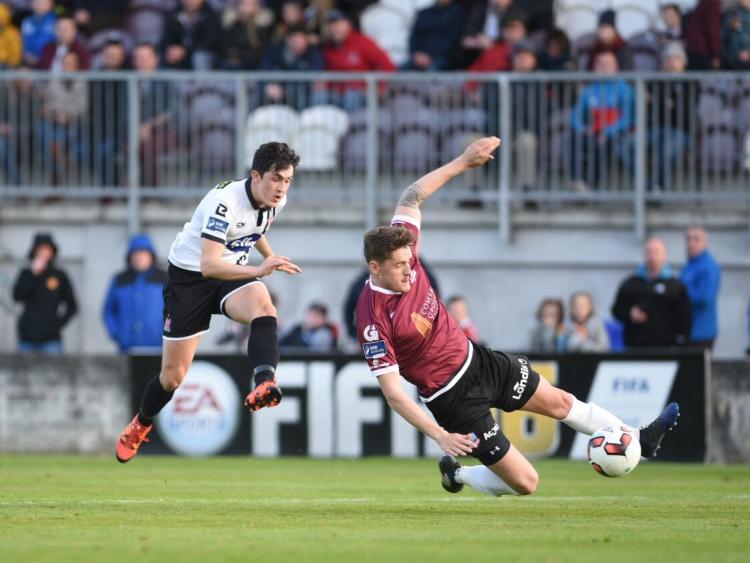 Vinny Faherty and David McMillan traded goals prior to the interval before Gary Shanahan, a former Lilywhite, struck an effort which took a deflection and past the helpless Gary Rogers.

Following a poor opening, Galway hit the front with 25 minutes on the clock when ex-Dundalk forward Faherty ghosted into the area unmarked to nod Ronan Murray's cross from the left to the bottom corner. Despite Dundalk failing to create much up until that point, the goal did come somewhat against the run of play.

However, the Lilywhites were to draw level 10 minutes later when Brian Gartland somehow found David McMillan free inside the area and the striker lethally turned and tucked away his sixth of the season.

'35: @GalwayUnitedFC 1-1 @DundalkFC. Super goal David McMillan after Brian Gartland had found him with an incisive ball through.

It was 1-1 at the break, although Jamie McGrath saw two efforts whistle narrowly off target - one before and one after the equaliser.

McGrath and Patrick McEleney had chances after the interval as the Lilywhites' general play improved, but that positivity was soon to evaporate as the game descended into a slog with neither able to break the defences down.

That was until three minutes into injury time when Shanahan broke Dundalk's hearts and possibly even landed a decisive blow to their title bid as Galway won for the first time this season.