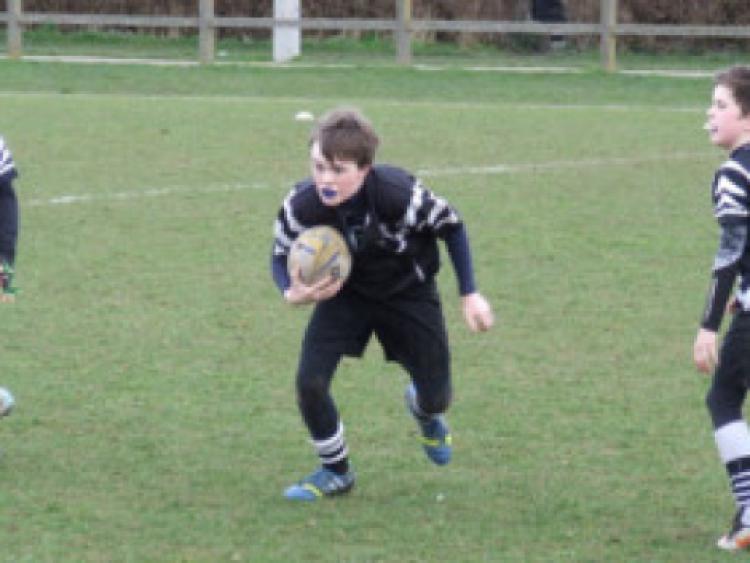 Ireland’s latest rugby talent Jordi Murphy insists he felt completely at ease in making his debut amid the pressure of the big occasion against England at Twickenham in the RBS Six Nations last weekend.

Ireland’s latest rugby talent Jordi Murphy insists he felt completely at ease in making his debut amid the pressure of the big occasion against England at Twickenham in the RBS Six Nations last weekend.

Murphy is a man with strong ties to Louth despite being born in Barcelona (deriving his name from St Jordi - the patron saint of the Catalan city) to his mother Nicola Murphy (née Carroll) and his grandfather Noel, both of Annagassan, being a well-repsected athlete for St Peter’s AC during his day.

His grand-uncle Patsy and other close family members currently reside in Dunleer giving him close connections to the Wee County.

Murphy appeared as a second half substitute when he entered the pressure cooker with six minutes to go, taking the place of Chris Henry.

“During the day, there was a bit of nerves but as soon as I was called, I forgot about everything and just got stuck into it just as I would playing rugby anywhere else,” said the Leinster ace who plays his club rugby for Landsdowne RFC.

“It was such a tight game, they don’t get any tighter than that but I felt completely comfortable when I came on and didn’t feel out of my depth which is a positive.”

He added: “Coming on, you just have to look to fit in straight away so there is no imbalance.

“I’m watching [the starters] throughout the game, looking at what they are doing right and trying to emulate it and I relish playing any international game for my country.”

The 22-year-old also says his side will not be too disheartened nor will they turn on each other following their narrow RBS Six Nations loss to England last weekend and still have high hopes of regaining the Six Nations crown.

“We know we are still in with a chance [of winning the tournament] but we just didn’t get the win.

“What is the point in biting each other’s heads off? We have still got a championship to win and there is every possibility that we can do that.

“Everyone is a professional and we know that defeat is a part of the game and we have got to move on.”