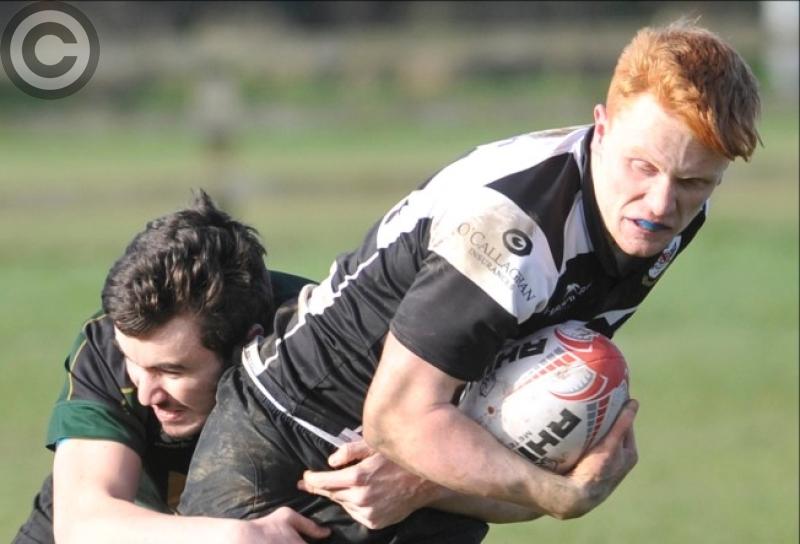 Doyle and co have invested very much in youth, with academy graduates Jack Connolly and Ronan Greene set to play central parts in the campaign. (Pic: Aidan Dullaghan)

Adam Doyle is targeting Leinster League Division 1A consolidation and a run in the Towns’ Cup ahead of Dundalk RFC’s season opener against Ashbourne at Mill Road on Saturday.

With the returning Jonathan Williams set to captain the team, Doyle heads a distinctly parochial coaching team, which includes former captains MJ McKevitt and Shane O’Reilly among others.

Pre-season hasn’t been as productive as planned, but there are clear targets in place in the hope that some more experienced players will return to the set-up in the new year. Doyle and co have invested very much in youth, with academy graduates Jack Connolly and Ronan Greene set to play central parts in the campaign.

“It’s about being realistic that we’re very much in a rebuilding mode, but that we’re optimistic about a medium-term plan,” Doyle told The Democrat.

“That’s the basis under which I took the job with the club and that’s what their understanding was.

“We’re a very young team and we’ll probably field the youngest team in the Leinster League by a considerable distance.

“We want to play with a little bit more style and adventure than in previous years so we’re very much looking at a two- or three-year project to get the club back to where it was four or five years ago, in terms of competing for trophies across the board.

“We feel we’ve talented players with a strong passion for the club and who through our coaching can enable their skills to come out and allow them to enjoy a more enjoyable brand of rugby.

“In terms of our management team, it’s basically about getting back to being more of a club, with local guys doing it for the love of the club.”

Doyle expects his backline to be youthful, although the head coach does at least have the consolation of a mature pack, with Jonathan Gray, Seán Arrowsmith and Robert Farrell combining again along the front row.

In terms of overseas recruits, New Zealander Willie Fchutz is an exciting addition, the centre having finished as the leading points scorer in the Wellington league last term. Belgian Gauthier Petit is a “coup”, Doyle says, with the 19-year-old junior international believed to be taking his place as a half-back.

On Ashbourne’s visit, a “tough” encounter is anticipated with the Meath club expected to challenge for league honours, alongside some powerful outfits from the capital.

“We’ve been very honest with the players and we expect to struggle early. We’ve a plan in place and it very much revolves around surviving.

“Leinster have realigned how rugby works so the league in its entirety takes place and then it’s followed by the Towns’ Cup. We would certainly feel by the time that comes around that we’d be in a position to have a real cut at it.

“The league this year, by virtue of the fact that three AIL Dublin clubs have ended up in it - Bective have taken on Bernard Jackman for example - will be tough, but the Towns’ Cup is something we would feel would be within our reach.”