INSIDE TRACK | Bundee Aki might have the best name in rugby 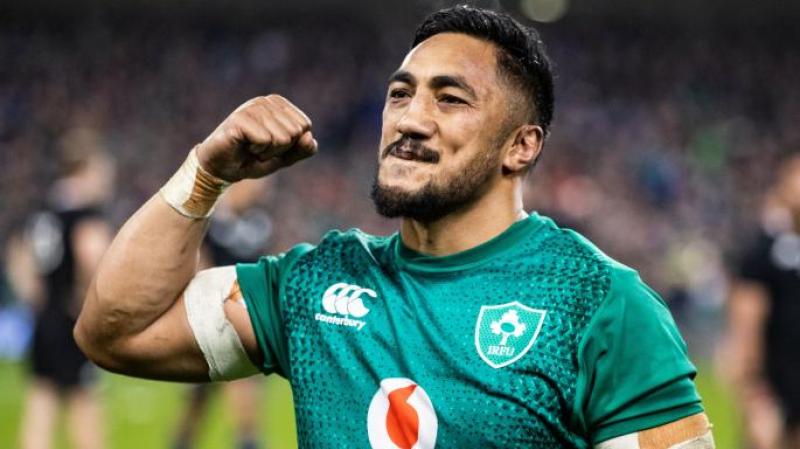 Ireland centre may have the best name in rugby, writes Inside Track.

No doubt as to which member of last Saturday week’s  Kiwi-slaying Ireland team has the best name. Indeed, Bundee Aki might have the best in rugby, full stop.

It rolls off the tongue, just as the No 12 rolled past his fellow countrymen and former colleagues, playing a pivotal role in the try that decided the game. He got a rating of 9 in a couple of the reports I read, the same as Robert Kearney, Devin Toner and a number of others.

Bundee’s transfer to Ireland seemingly hasn’t gone down too well at home. The All-Blacks’ assistant coach, Ian Foster, is reported to have said of the Connacht player, “He looks like an Irishman now, doesn’t he?” (If you don’t withdraw that, Ian, I’ll never take another drink of the your neighbour’s favourite beer.)

The New Zealand Herald went even further, calling BA a “backstabber”.  And to think we gave them Dave Gallaher, the man from Ramelton in County Donegal who captained what was known as the ‘Original All-Blacks’, back at the beginning of the last century.

The ‘Originals ‘ were the first representative New Zealand side to tour the British Isles, and Dave was a very good player.

The Herald’s ingratitude brings to mind a yarn the priest spun one Sunday morning. A young boy was playing down at the harbour when he fell into the water.

A man working close by saw what happened and quickly dived in, caught the young fella and brought him to safety.

The following day, the man was working away when he saw the young boy approaching with his mother.

“Are you the man who pulled my son from the water,” she wanted to know.

Back to Bundee, whose moniker puts him ahead of Sonny Bill Williams, another All-Black, who was once given the name Sonny Boy Williams on this page. (There was  a Sonny Boy Williamson, but he played the harmonica, not rugby.)

Another of the Ireland team, Jacob Stockdale, has a catchy name as well, but nothing to match Frankie Stockwell, one of the ‘Terrible Twins’ – Sean Purcell was the other – who broke the hearts of many a defence spearheading the Galway attack back in the 1950s. Stockwell, and All-Ireland medal winner in ’56, made it difficult for Louth backs as well in his time with Dundalk Young Irelands.

Another Galwegian, hurler Iarla Tannian, deserves mention in this piece of nonsense – a bit of a filler, really - but for the best handle of the lot, you have to plumb the depths of Meath club football.
Harrison Silke would even give Bundee a run for it.