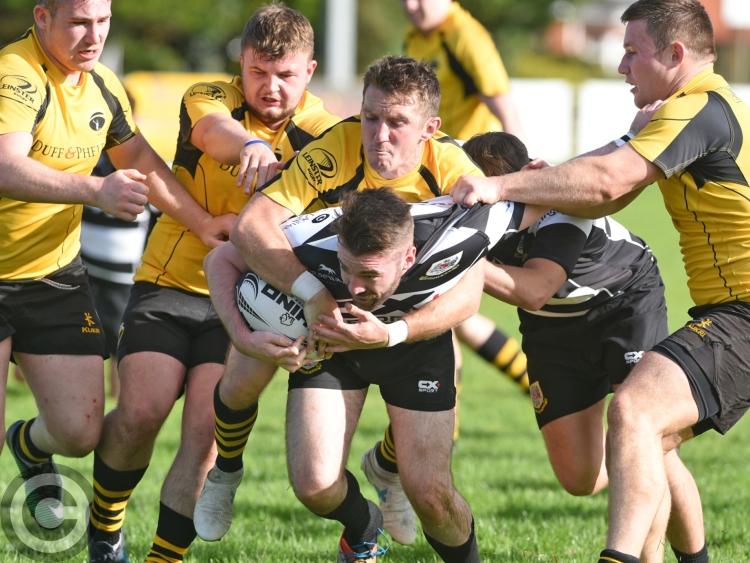 What is it about Meath teams coming from behind to beat Louth opponents at the death?

No matter the sport, it's an all too regular occurrence. And this old adage once more came home to roost in a thrilling north-east derby triumph for Ashbourne over Dundalk on Mill Road on Saturday afternoon.

When Dundalk full-back Robert Williams blazed over for the hosts' fourth try, a bonus point was secured and the home supporters thought victory was certain as well. Though O'Neill missed the conversion to put Dundalk 22 points in front - a miscue which would prove crucial in the context of the eventual outcome - it was a lead they were well worthy of.

But Ashbourne had other ideas and Gavin Kennedy’s last minute conversion gave the visitors a sweet and slender win, and left Dundalk ruing their squandering of a 20-point lead in the final quarter.

Dundalk were much the dominant side on all but the scoreboard in the first-half. Peter O’Neill slotted a penalty before Ashbourne flanker Seán McKeon got the first try of the game.

Despite a sin bin for scrum-half Mike Walls, Dundalk captain Enda Murphy got over to give the hosts the lead at the break, after keeping the ball alive from an error at the tail end of the line-out.

The second-half began like the first, with an O’Neill penalty. Ashbourne then lost a man and Dundalk took advantage, running in two fine tries from Stephen Murphy and Laurence Steen after some lovely ball handling moves in the build-up.

Replacement Ciarán Roche clawed Asbourne back with a try, but Williams cancelled it out straightaway and with ten minutes remaining, the five-pointer gave Dundalk what you thought was an unassailable lead.

Then came the momentum shift. The Wall brothers, Alan and Jake, plus Adam Martin all crossed over with tries with the clock dwindling and Dundalk self-destructing against the tide.

Kennedy applied the finishing touches to the most unlikeliest of triumphs.