Dealgan girls ready to take on the world in Taiwan 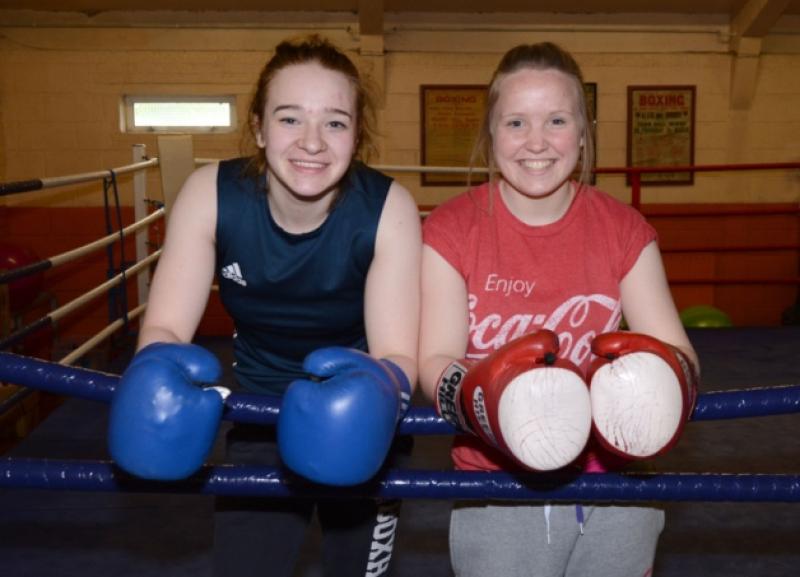 The AIBA Women’s Youth and Junior World Boxing Championships begin in Taiwan this weekend with the town of Dundalk heavily represented at the event.

The AIBA Women’s Youth and Junior World Boxing Championships begin in Taiwan this weekend with the town of Dundalk heavily represented at the event.

In terms of prestige, the World Championships rank second only to the Olympic Games, and three local girls have made the journey to the middle east looking to return with some medals.

Amy’s father, Dealgan coach Tony Broadhurst, will be in Taiwan with his wife Sheila to cheer the girls on and he said the town of Dundalk should be proud of the trio’s achievements.

“This is historic,” said Tony. “Never before in female boxing history have three boxers from the one town been represented at a World Championships. It’s massive for the local boxing clubs and massive for the town of Dundalk.”

The action begins on Saturday, May 16 and although he won’t be in Amy’s corner, Tony has been doing his homework on possible opponents with an Italian fighter earmarked as his daughter’s main threat for the gold medal.

“I have 16 names that have entered so I’ve been trying to find out about them. There’s a world champion who got silver at the Youth Olympics last year and she would be Italy’s main medal hope. You’d be looking at her and Amy as the ones to beat.”

Tony predicts that the gold medal winner will have to win five fights in Amy’s Youth 57kg division. The pairings for the event takes place just hours before the boxing starts, and the luck of the draw is crucial, as he explains.

“In the 57kg category there could be up to 32 boxers from around the world involved but, for example, Amy and the Italian girl could meet in the first round. If they did, and it was a close match, then one of those girls would go home without a medal while the other one could go on and win the gold quite easily.”

It is a scenario that has happened before. Tony recalls the 2013 World Championships in Bulgaria when American fighter Jajaira Gonzalez went on to claim gold after being Amy at an early stage.

“It was the quarter-final stage and in truth, Amy didn’t perform that day and didn’t deserve to win, but the American girl went on and won the gold easily enough after that. It was good for her to get Amy out of the way early on.”

The Irish squad concluded their preparations with a training camp last Saturday and Tony said that the Dealgan girls are in great shape ahead of the trip to the middle east.

“Amy has matured a lot in the past 12 months. You always come across people who you haven’t heard of or haven’t seen before but she has experience built up of fighting against people with different styles.

“Even in her preparations, she has been sparring against people with different approaches. She even fought against a girl from France in an international recently who tried to bite her so she’s prepared for everything!”

Orla competed at the European Championships last year where she was beaten by a Russian fighter in her first bout but Broadhurst said she has made massive strides ever since.

“Orla’s an absolute joy to coach,” he said. “If you tell her to do something, she will do it, no matter how hard it is.

“The experience she has built up from that fight has been massive. In the past, Orla would have been winning fights through massive determination and grit but, over the past month, she has added a lot of skill and boxing ability to her game.”

No matter what happens, Tony’s heart will be filled with pride when the local girls enter the ring.

“Whether it’s World, European Championships or Dublin, I still get that feeling of pride,” he said.

“It’s Amy’s dream to medal at the World Championships,” he added. “It’s the top amateur boxers from around the world but I believe that when Amy’s at her best, nobody can stop her. She hits really hard and when she lands a punch, her opposition really feels it.

“The only thing I don’t like is when I’m not in her corner. When I am, I can switch off from being her father, and my concentration is on the job. When I’m up in the crowd watching it, it drives me crazy,” he laughed.