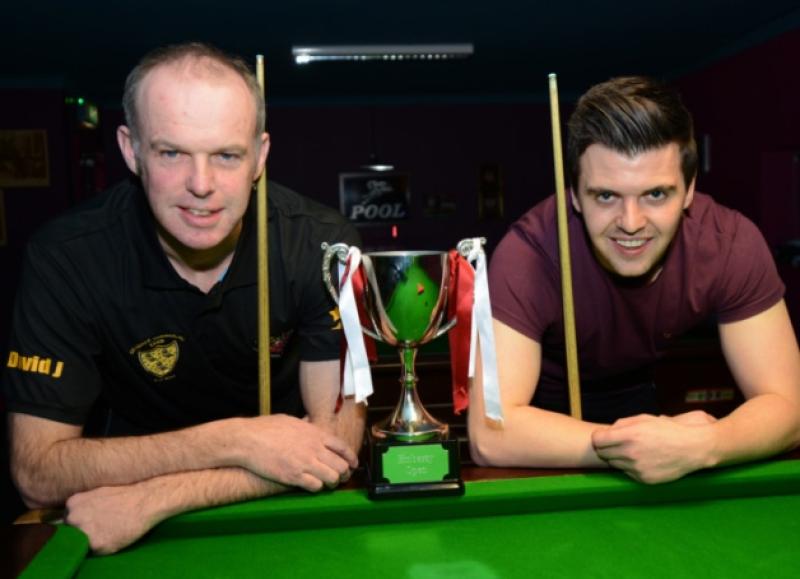 In a thrilling final, it was McArdle who started off like a steam train, making a break of 70 from his first chance to take the opening frame.

Traynor, though, refused to get rattled and a 33 and a 37 levelled the match at 1-1. Both players then took a frame apiece to leave it 2-2 going into the fifth frame.

It was here that the match looked to have swung in Benny’s favour as he took the frame without David potting a single ball but McArdle restored parity in the sixth.

Both players had their chances in the seventh but McArdle got the vital pink to go one frame away from taking the trophy.

The pressure was on Benny at this stage as he knew he couldn’t afford to make many more mistakes. McArdle established a healthy lead and when Trainer failed to capitalise on a couple of chances it was David who made a very solid 40 break to take the frame and the match.  David’s 70 break in the first frame secured the high break prize for the tournament so it was a great night all round for the local player.

Congratulations and well done to both players on a great final.  Both players would also like to thank Ciaran ‘Maxi’ McIntyre for providing his services as referee. Also a big thank you to Tony’s for sponsoring the food.  Lastly and most importantly, both finalists would like to thank Derek from the Embassy on yet again running a great tournament and having the table in excellent condition for the final tonight. Derek put in an extra 50% into prize pool for the tournament and must be applauded for doing so.