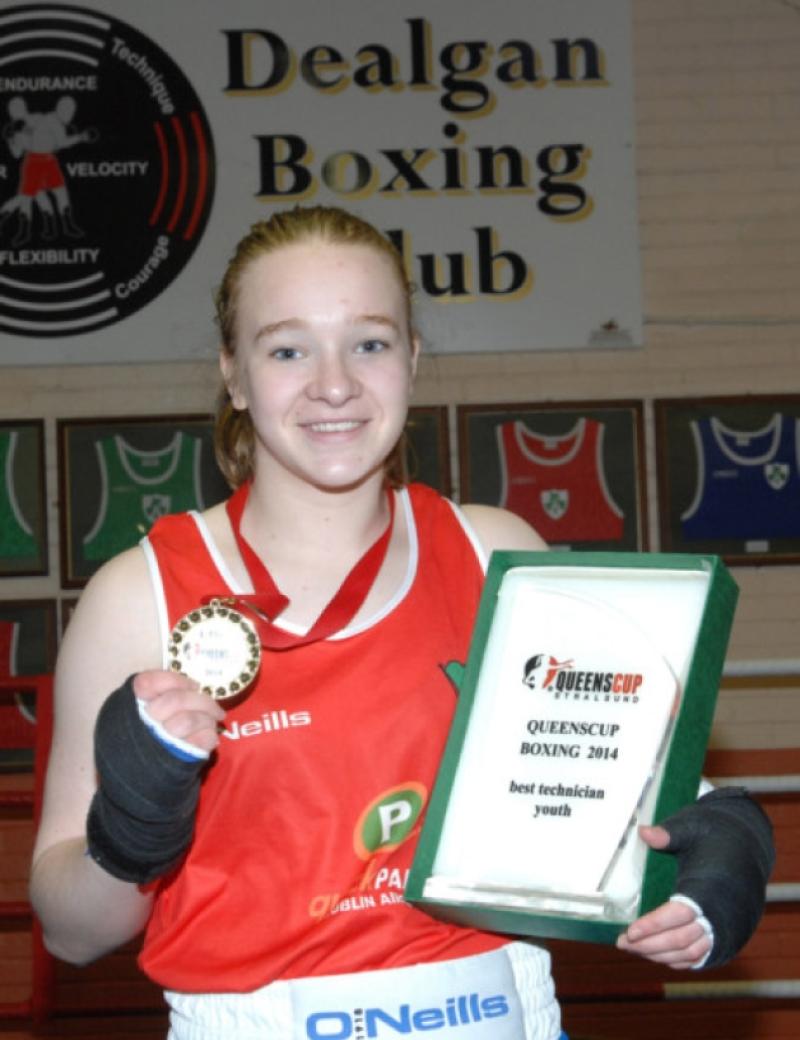 Stephen’s opponent in his semi-final was Taylor McGoldrick from the famous Holy Trinity Boxing Club in Belfast. Throughout the three rounds Stephen gave an exhibition of boxing skills with his opponent continuously frustrated with the speed and elusiveness of Dealgan Club’s finest. At the end of the contest Stephen’s hand was raised and he was applauded throughout the stadium after a tremendous boxing performance.

Stephen’s opponent in the final was to be David Roche from Riverstown Boxing Club, Cork, but due to an injury sustained in an earlier bout, David had to withdraw.

Stephen will now focus on the National Senior Championships which will be held in Dublin in January where the winner of the 75kg middleweight title will get the opportunity to qualify for the Rio 2016 Olympics. Stephen will go into the tournament full of confidence.

Meanwhile, Stephen’s 17-year-old sister, Amy, added to her already impressive medal haul by winning gold in Germany last week as part of a Leinster Boxing team that made waves at the event.

Amy entered the 57kg weight category that included a European gold medallist, World bronze medallist and a host of national champions from all over the world.

Amy’s first contest was against home boxer Hamrin Gallar. Hamrin started the fight very aggressively but was soon to be outboxed and outfought by Amy with Hamrin eventually having to take a standing count against the hard-hitting Broadhurst. Amy ran out a comfortable winner in the end.

Amy’s opponent in the semi-final was Alktolkyn Kenges Bekova of Kazakhstan, a boxer only beaten on a split decision by the winner of this year’s World Championships. This contest was a matchup of speed, skill, movement and cleverness which highlights everything that is good in boxing. It was a close contest over the four rounds with Broadhurst always having the edge in all departments before running out a decisive winner.

Amy’s final opponent was Sweden’s Sofia Nilsson who had eliminated the European gold and World Championship bronze medallist in an earlier contest.

The first two rounds were a close affair with both boxers having success, but in round three and round four Broadhurst really went up the gears giving her opponent two standing counts on her way to a resounding victory.

Things couldn’t get any better for the Broadhursts, but they did when Amy was awarded a fabulous crystal trophy for being the best youth boxer of the whole tournament.