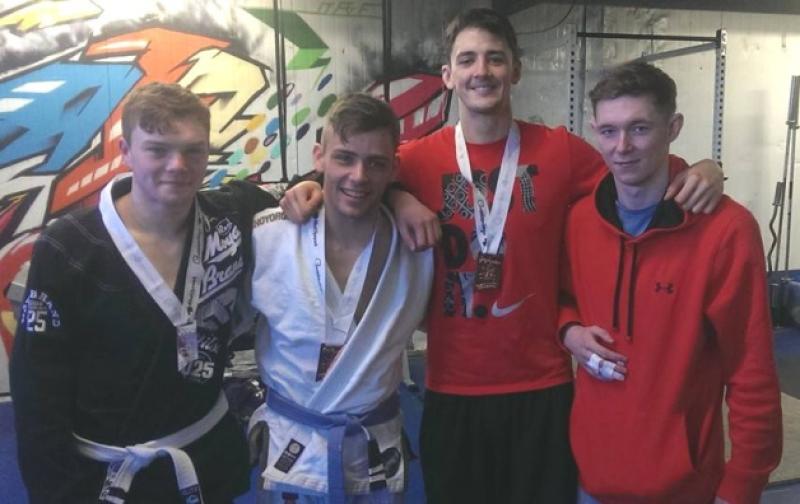 Two members of the local BJJ club TeamTorres travelled to Dublin the previous weekend to compete in the GrapplePalooza World Cup and did both themselves and their club proud when they earned podium positions in their respective divisions.

Two members of the local BJJ club TeamTorres travelled to Dublin the previous weekend to compete in the GrapplePalooza World Cup and did both themselves and their club proud when they earned podium positions in their respective divisions.

The competition was ran in a round robin format in which each contestant meets all other contestants in turn with one point earned for each win, this ensures each competitor has several fights to make it to the podium and ensures that only the true best fighters can earn a medal.

The luck element is seen to be reduced compared to a knockout systems since a bad performance in one bout need not cripple a competitor’s chance of ultimate victory.

First up for the local club in the lightweight division was up and coming fighter and Blackrock native Barry Quaile who stormed his way to the finals in convincing fashion with all of his wins coming by way of submission, with one notable win in particular demonstrating his athleticism and developing technical prowess when he submitted his opponent with a flying armbar.

His team mate, and competition veteran, Dundalk man Andrew McGahon followed suit in the featherweight division, in what proved to be a very tough stacked section, to win all of his fights bar one where he narrowly lost on points due to a guard pass but he nonetheless in the process lay claim to a hard-earned bronze to add to his growing medal collection.

Team Torres has a beginners class which meets up on a Monday evening in MAS-F at 8:30pm and on Friday in The Strongroom at 7pm, new teenage and adult members are always very welcome, further details can be obtained by checking out our Facebook page DundalkTeamTorresBJJ.