A killing in Chapel Street in Dundalk in 1921 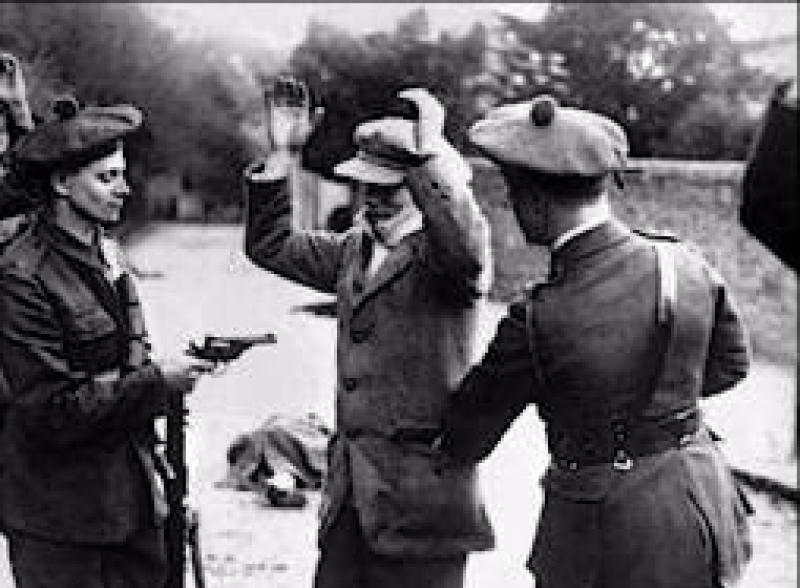 There is an interesting article in the current edition (May/June) of History Ireland about I.R.A. executions of alleged civilian spies during the War of Independence (1919/1921).

It states that there were a total of 184 such killings in the period, mostly in Cork, but only one in County Louth. This lone killing happened on the evening of Friday, February 25, 1921 in Chapel Street.

An account in Stephen O'Donnell's book 'The R.I.C. and Black and Tans in County Louth 1919/1922', relates how a young man named Henry Murray, aged about 35, from the Carrickmacross area, was shot dead in front of Brunswick Row, Chapel Street around 8 pm.

He had enlisted in the British Army at the commencement of the Great War in 1914 and had served at the Front for most of the War but was invalided home before the end. He became associated with the 'Comrades of the War' movement and was President of that body for a period. 'About three months before his death' it is stated in the book 'he obtained work as a photographer in Dundalk. He stayed in a number of lodgings in Dundalk and it was believed that he was in Chapel Street on the evening of his death to view a house in which he possibly intended to reside.'

'According to a witness, the shots were fired from the shrubbery behind the railings of the Christian Brothers' School. Two of the shots struck him, one in the neck and one in the face. He died within minutes'.

The account goes on to say --- 'On the Sunday after the killing, people going to Mass saw notices affixed to the doors of Dundalk's churches. “Henry Murray had been tried as a spy, found guilty and convicted.” The notices were signed “I.R.A.” and ended “other spies beware”.

O'Donnell goes on to recount that 'Dundalk based Black and Tans' posted counter notices, printed in red ink, warning of possible effects resulting from the killing of Henry Murray but stating 'This is not a threat. It is circulated with the object of preventing the sacrifice of human life.'