Remembering the victims of the cruel, cruel sea 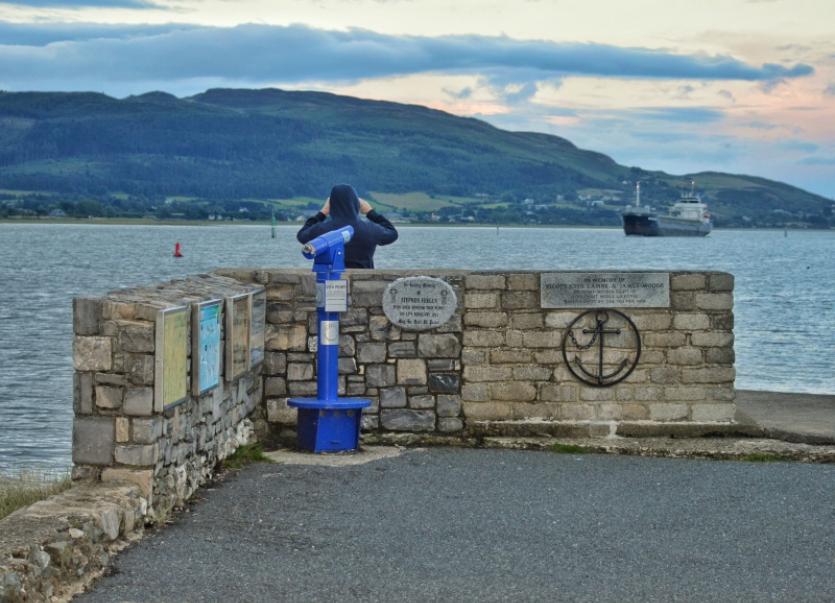 The Atlantic storm named Imogen which lashed our shores last week has reminded me that there is a lighted navigation buoy in Dundalk Bay, off Cooley Point, named Imogen. For many years this buoy, which marks the underwater reef called the Castle Rocks and the Imogen Rocks, has played an important role in warning mariners of the dangers of getting too close to the hidden menace.

The name 'Imogen' is believed to be a misspelling of the ancient Gaelic word 'ingen' meaning 'Maiden' and, indeed, there are many rocks around the coasts of the British Isles named 'Maiden'.

The storm also reminded me of another storm of eighty years ago which brought tragedy to Dundalk Harbour which cost the lives of two brave men intent on doing their duty. The men were Harbour Pilots John Lambe, aged 42 and James Woods, aged 40, both married with large families from Quay Street. A simple plaque on on the wall of the Soldiers Point marks their sacrifice on February 10, 1936 and I am told that their relatives still visit this place on the anniversary to this very day.

The two men had the task of lighting the oil lamps on the dozen or so perches that mark the channel of the Castletown Estuary between the Quays and the Pile Lighthouse at the Harbour Bar. This was especially important to shipping using the harbour during the long hours of darkness at this time of year.

On this Monday afternoon the two pilots left the quays at about 3.50 pm in a small boat equipped with oars, a small mast for a sail and the lamps to replace the ones extinquished on the perches. There was a strong East-South-East gale blowing and a very rough sea. The men had been told at the Harbour Office in Quay Street that they need not go because of the conditions but both had said that they felt it was their duty to light the beacons as a warning to shipping approaching the Quays.

They had managed to light a number of the perches but tragedy struck somewhere near to the Soldiers Point. An inquest was told later that a watch found on the body of James Woods had stopped at 5.15 and that must had been the time when he was immersed in the icy water. It was never discovered exactly what happened by the best explanation seems have been that one of the men slipped when climbing a ladder to a perch and the other had been dragged down when he went to help. Of course, they would have had little change if they both fell into the rough sea water because they were wearing heavy clothing and boots.

The Harbour Master James Higgins raised the alarm around 11 pm. when it was discovered that they were missing and a large search parties, carrying lights, were organised on both sides of the river. It was not until daylight on the following morning that their upturned boat was spotted about two miles west of Soldiers Point. The two bodies were later found, only 200 yards apart, near the sluice gates at Soldiers Point. This place, which was once a creek in front of the Coast Guards Houses, has been filled in recent years and now is a pleasant wild life park.

A large crowd attended the funerals from St. Patrick's Cathedral to Dowdallshill Cemetery. A committee was organised to raise funds for the bereaved families. That relief was badly needed as there was little insurance coverage for work accidents in those days. The fund was very generously subscribed to and lasted many years for the support of the families.