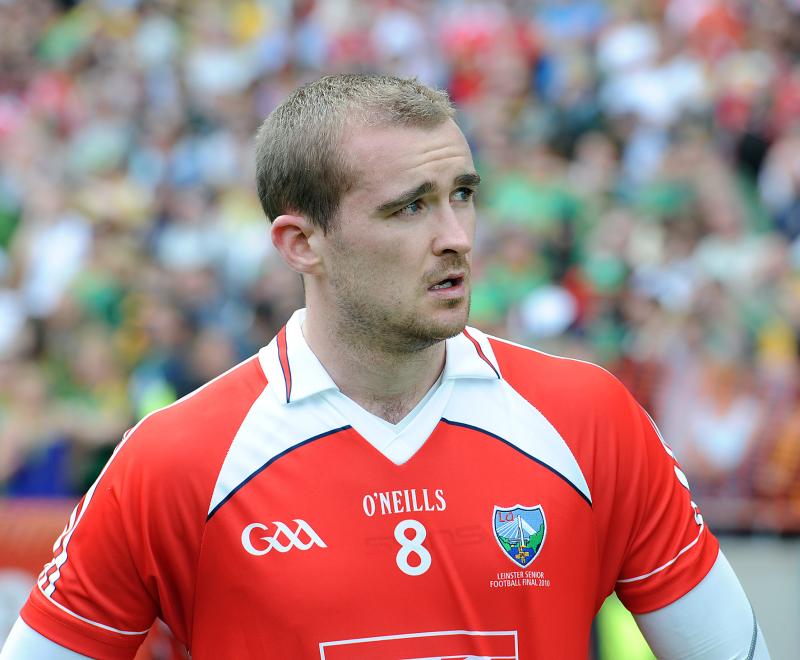 Paddy Keenan was heroic in the 2010 Leinster final and deserved to be the man lifting the Delaney Cup on Louth's behalf. (Pic: Arthur Kinahan)

“Is it not a bit unfair to come here and blame somebody for making a mistake as everybody does?” RTÉ’s The Sunday Game anchor Joanne Cantwell asked Peter Fitzpatrick on last weekend’s show.

The current Louth GAA chairman and manager of The Wee County team during the infamous 2010 Leinster final was on set alongside Meath’s Joe Sheridan, fielding questions across a 15-minute slot on a day that will haunt football in this part for the remainder of its days.

All you can logically say, in regard to the question, is, really, Joanne? Granted it’s human nature to make mistakes, but if I committed an error which had such profound consequences in my weekly writing, it could lead to either the loss of jobs in the form of The Democrat closing its doors or, most probably, one receiving his marching orders.

The same for a painter or a gardener. If they complete a task poorly, they’ll hardly be asked back by the sorry sod whose premises or garden they made a mess of.

Surely the same logic has to apply to Martin Sludden? This man, after all, showed all the arrogance in the world to, after robbing Louth blindly at the finish, stand on the pitch following the game and hand out cards to heartbroken players pleading for their rightful reward.

And yet we’re suddenly due to feel sorry and condone the treatment he received in the aftermath?

All he really got was a few shoves in the back and a mouthful of verbal abuse when Louth folk had to suffer sheer agony.

Furthermore, it perhaps ought to have been highlighted how the late Louth great Charlie McAlester was treated in the aftermath.

A selector in 2010, Peter McDonnell, recalled in an interview with The Argus a few weeks back how Sludden and some of his umpires had the audacity to have a go at the pair in the upstairs lounge after the game.

“He (Charlie) said: ‘Peter, I will never see this chance again. I will be dead before Louth get back to a Leinster final. If it hadn’t been for that referee...’

“And with that I heard someone say ‘What the f**k are you talking about?’ and when I turned around Martin Sludden was there with his umpires. One of them said something about that f**ker from Armagh and one of them leaned in towards Charlie. I mean after all that they thought they were going to confront Charlie McAlester.”

It’s time people got off their high horses and accepted that the only wronged party on the day was Louth. Martin Sludden got off lightly. He refereed at a high level again, while our county - and its people - has never recovered.