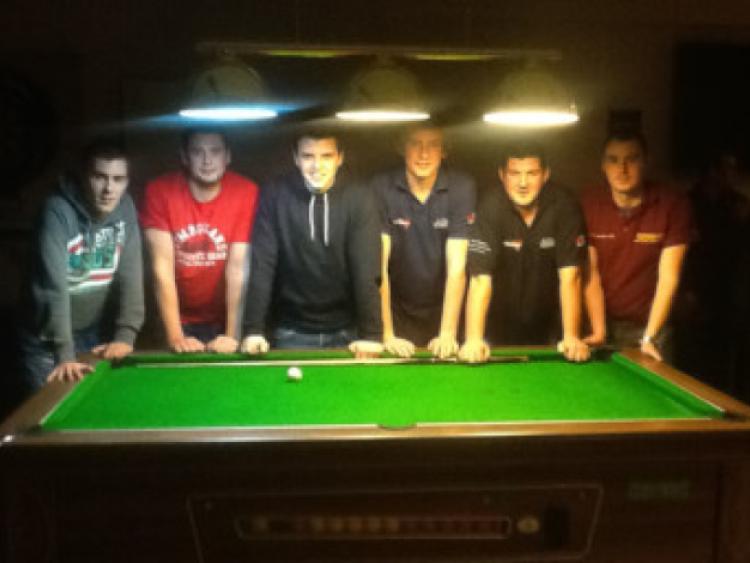 The big match in the Tuborg Dundalk Pool League last week was the Avenue Inn derby between Rovers and Eagles.

The big match in the Tuborg Dundalk Pool League last week was the Avenue Inn derby between Rovers and Eagles.

In a close encounter it was Rovers who won the match 3-2 with victories for Declan Brady, Aidan Kinsella and Stephen Gorham. The winners for the Eagles were Wayne Rogers and Ruairi Gogarty. With the Eagles getting the bonus point this enabled them to top the table on frame difference from the Rovers and put them straight into the league final.

The Avenue Inn Rovers will play Castle Bar Traders in a play-off after the Traders secured third place in the league. The Traders took all three points available when they comfortably beat the Sportsman’s 4-1, with victories for Tiernan Mallon, Ciaran Sheridan, Greg Gormley and David McGill. The lone scorer for the Sportsman’s was Peter O’Hagan.

Windmill Red rounded of their league campaign with a convincing 5-0 victory over Avenue Inn United. The winners for the Windmill were Tony Bellew, Eamonn Boyle, Henry Boyle, Victor Murray and Richie Keeley. On the night the Avenue team captain, Jonathan Smith, was the only player to win a frame for his side.

The Second Division was even tighter than the first as the Windmill Black team topped the league from Jackie Murphy’s.

Both teams finished on 28 points only for the Windmill to have a one better frame difference than Jackie Murphy’s. This means that the Windmill automatically qualify for the league final and Jackie’s have to contest a play off match against Cluskey’s.

Cluskey’s qualified for the play-off when they travelled out to the Lumper’s, knowing that the winners of this match would finish third in the league. Cluskey’s turned on the style to beat a disappointing Lumper’s 5-0.

In the only other match in the Second Division, Callan’s entertained Castle Bar Baize and it was the visitors who rounded their league campaign off with a 3-2 victory.