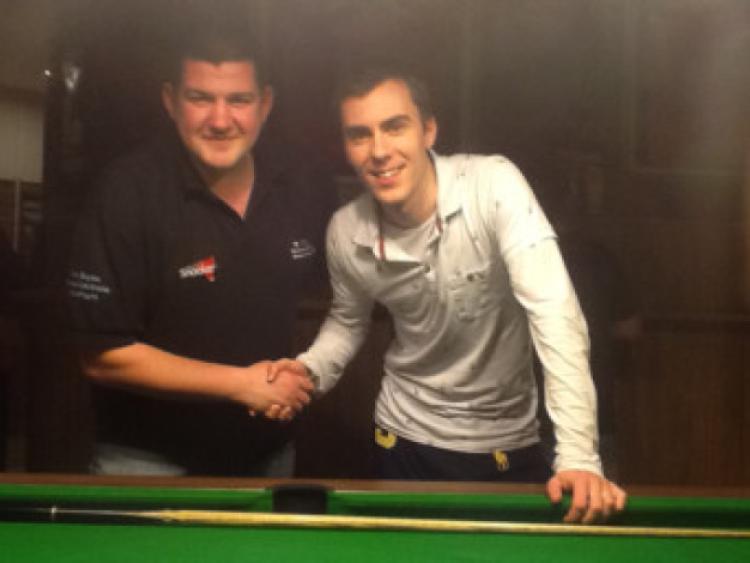 The individual pool semi-finals were the focus of all the attention in last week’s Tuborg Pool League.

The individual pool semi-finals were the focus of all the attention in last week’s Tuborg Pool League.

The first semi-final in the individuals featured Declan Brady of the Avenue Inn and Richard Keeley from the Windmill.

The feature of the match was Declan’s attacking play and if he didn’t produce a brilliant finish, he pounced on Richard’s mistakes to record a resounding 6-0 victory.

The second semi-final was between two Avenue Inn team-mates and inter-county rivals, Wayne Rogers of Louth and Graham Baitson from Dublin.

It was Wayne who started best by winning the opener with a superb six ball clearance only for Graham to respond by winning the next two frames with clinical finishes.

After this it was all Wayne as he produced some outstanding pool to win five consecutive frames to complete a 6-2 victory and book his place in the final. Wayne will be hoping to go one better this year as he was runner-up in 2013.

The first semi-final in the doubles featured Jimmy Reenan and Wayne Rogers of the Avenue Inn against Gerry Reenan and Paul Kearney from Harrison’s.

The feature of this match was missed opportunities for Gerry and Paul because every time they squandered a finish Jimmy and Wayne punished them and as a result they went on to complete a 4-0 victory.

The second semi-final featured last year’s runners-up Pat Brady and Stephen Gorham from the Avenue Inn and Tony Bellew and Victor Murray from the Windmill.

Pat and Stephen won the first frame with a superb five ball clearance but the scores were level when Tony and Victor finished a difficult four ball clearance in the next frame.

Pat and Stephen then produced some brilliant pool to win the next three frames to complete a good 4-1 victory.

Pool continues on Monday, April 28 at 8.30pm with the individual final between Declan Brady and Wayne Rogers. The match will be played over the best of 13 frames.