Darver is already a star for the mid-Louth lads, Pat Cluskey, Simon Fagan and Seán Fanning 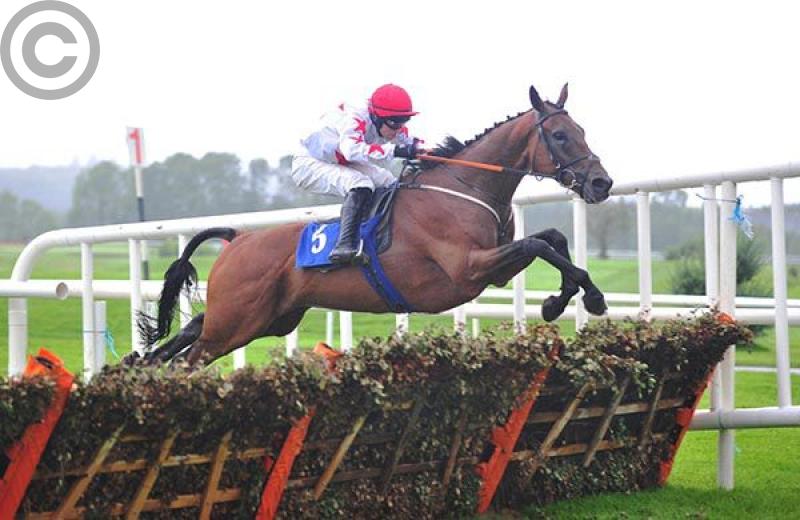 Pat Cluskey, Seán Fanning and Simon Fagan comprise the SSP Number Twentytwo Syndicate, and by all accounts – in particular, the one carried by the RP – they have a right good ‘un on their hands.

The Racing Post commented on it, the reception Darver Star was given as he made his way into the winners’ enclosure after taking the feature race at Killarney on Wednesday last.

If there was a distinct mid-Louth tone to the whooping and the hollering that rang out on a clear Kerry afternoon, it’s because Darver Star, as his name implies, is owned by a trio from that part of The Wee County.

Pat Cluskey, Seán Fanning and Simon Fagan comprise the SSP Number Twentytwo Syndicate, and by all accounts – in particular, the one carried by the RP – they have a right good ‘un on their hands.

Darver Star was winning his third hurdle race, this one carrying a €29,000 purse. He was a winner at Wexford, and then after finishing fourth, made short work of the opposition at Downpatrick just 10 days before his Killarney triumph. In all he’s earned connections upwards on €50,000 in his eight-race career.

Trainer, County Meath- based Gavin Cromwell, who’s having a tremendous season, numbering the Champion Hurdle at Cheltenham among his 2019 winners, complained about the hike in weight the seven–year-old had been given since his Wexford win – up a total of 27lbs - but he was only too glad to admit the handicapper had got it right after Darver Star came home an easy five-length winner last week.

A further penalty is envisaged, but that aside, a career in steeplechasing was always the plan for the son of Kalanisi and Maggies Oscar, and while he might have another outing over hurdles, tackling the bigger obstacles is the long-term objective.

It’s not been all plain sailing for the bay gelding, nor was he an overnight success. He was bred from a mare owned by two of his owners, and because of an injury he sustained, his future on the racecourse was very much in doubt.

Pat Cluskey, joint-owner of Maggies Oscar with Seán Fanning, takes up the story.

“He had a serious tendon injury and it didn’t look good. We were advised to take him to Ger Kelly, a vet based in Fethard, Co. Tipperary. To say that the job Ger did was good is an understatement. But after that came the rehabilitation when we got him back home.

“It’s here where the local team came into their own. David Browne, his sons Dylan and Oisín, and my own son, Andrew, provided all the care that was needed to get the horse back. Not only had they the know-how, but also a lot of patience.”

There was still a lot of preparatory work to be done before the horse could be put back into training, and it was here where Co. Cavan man, Paddy McGee, came into his own.

“Paddy did an invaluable job. Having come through his programme, the horse, we knew, was ready to go into full training,” adds Cluskey.

After that it was on to Cromwell’s stable outside Navan, and as his record shows, the Meath man knows his trade. (It was there where Frank Lynch’s Political Policy was trained to run up a fine winning sequence on Dundalk’s all-weather track a few seasons back.)

Cluskey chuckles when he talks about himself and Fanning being partners. “Back when we were playing football, me with Joe’s and Seán with our neighbours, Stabannon, there wouldn’t have been any love lost on the field. We beat them in the 1996 championship final, by the way.”

And where did Simon Fagan come in? Cluskey again: “As is well known, Simon got a bit of a touch a few years ago. At the time we had this two-year-old, and myself and Seán asked him if he’d be interested in taking a share.”

Fagan, who had no hesitation in joining, was tasked with naming the horse and also giving the syndicate a title.

He recalls: “I don’t know what the GAA boys will say about this (he’s a constant at the Centre of Excellence), but I chose the name of a local soccer team, Darver Stars, and in naming the syndicate, included the last number that came out on that night.”

(That night? That was when the Lotto made Simon the wealthiest ever to have played for Darver Stars and maybe, just maybe, the Joe’s as well.)

There’ll be huge interest in Darver Star’s future, probably money being lumped on from many quarters the next time he goes to post.

But regardless of how fares that day, the three lads are looking much further down the line. They can’t wait to see their charge taking his place in a steeplechase.