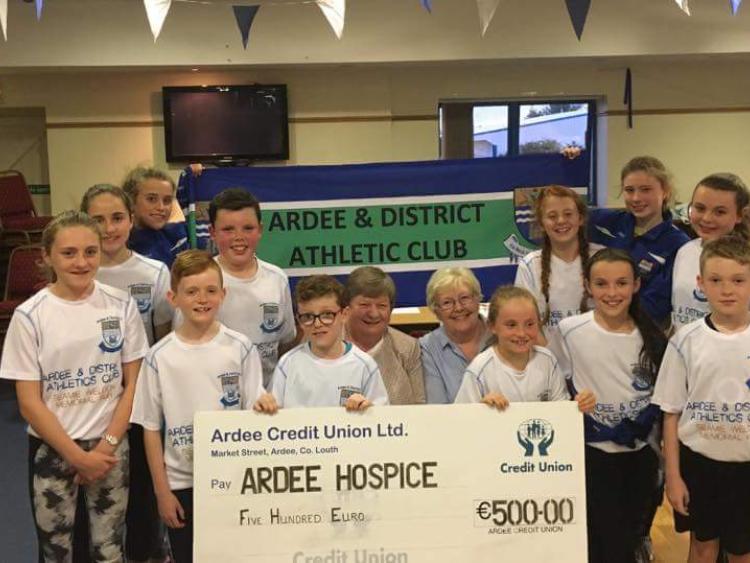 The third annual Seamie Weldon 5k race, hosted by Ardee and District AC, was held on Saturday last, September 2nd. With 451 registered to take part, there was a great buzz around the Ardee, St. Mary's GAA grounds before the race got underway.

The event itself attracts athletes of all abilities from the buggy pushing walkers to the more seasoned runners. The weather was onside for all to enjoy the event as the sun shone high, the day was perfect for being out and about.

Brendan Hoey was on the Mic to countdown the begining of the race and parade the participants down to starters John and Mary. The route began just down from the main gate and, with all left turns, it turned into Sliabh Breath, continued onto Stoney Lane, Oberstown Cross and Blakestown Cross before coming down the 'N2 hill' into the finish line at the front of St. Mary's gates.

Last year's winner, Freddy Stukk smashed his own course record by a massive 11 seconds, winning the race in 15.18. Freddy was followed home by Lithuanian athlete Valdas Dopolskas in 15.23 and North-East runner Brian McCluskey in 16.29.

Ruth Kelly, grand-daughter to the late Jimmy Bradley, was on hand to present the Memorial Cup to the winning ladies team. Gallant efforts by Karen Costello, Nicola Welsh, Nicola Courtney and Sandra Doheny saw the Jimmy Bradley Cup too head for Dunleer AC.

Incorporating the Louth County Masters 5k into the Seamie Weldon 5k race saw Ardee and District's Leo Farrell get his hands on the gold medal by winning his category and Brian Duff silver for his category. Helen Weldon was also a medal winner, receiving a bronze medal for her efforts.

A great day was enjoyed in the good weather by participants and spectators alike. Ardee and District AC would like to thank all who gave their time to help make the race a success.

A special mention must go to race sponsors PJ Callan and Ardee St. Mary's GAA club. Without their help the race might still be a dream.