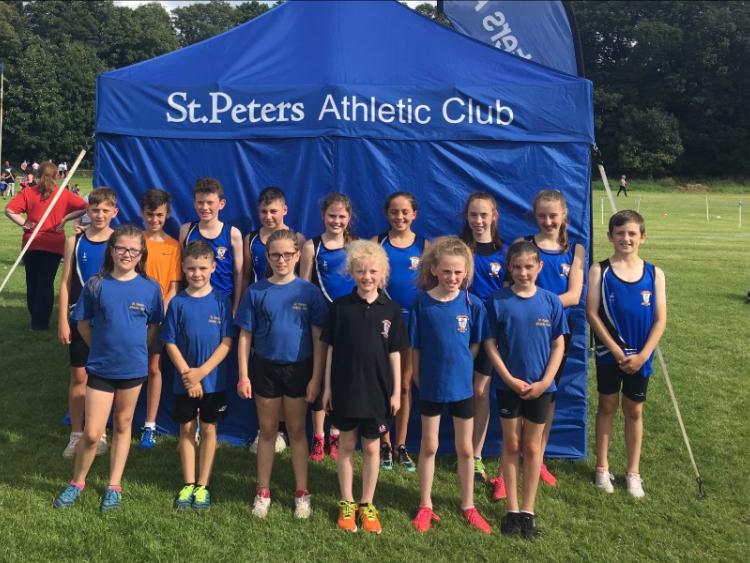 This was a most enjoyable event and great credit most go to the Ardee club for the very efficient manner of the day. Lucy Brennan continued her rich vein of form when she won gold in the U12 100m and gold in the U13 long jump.

Lucy was joined on the podium by St. Peter's Judith Bell, finishing second in the long jump U13.

Cain Murtagh also ran strongly in the U8 boys races and both these young athletes joined with the O'Reilly twins, Emily and Hannah, to run in the boys U9 relay and were very unfortunate to finish just outside the medals. This was after Hannah had won silver in the girls U9 sprint. Orla McLaughlin performed excellently on her sprint to finish second. Her training partner, Dearbhla Allen, performed well in the girls U11 600m and long jump to finish fourth in both.

Harry O'Reilly showed his potential for the upcoming cross-country when he finished a clear second in the 600m U11.
Harry, Dearbhla and Orla combined with a Blackrock athlete to finish third in the U11 boys relay race. Ronan Deery had a good day in the field event with gold in the U13 long jump and silver in the U14 shot putt.