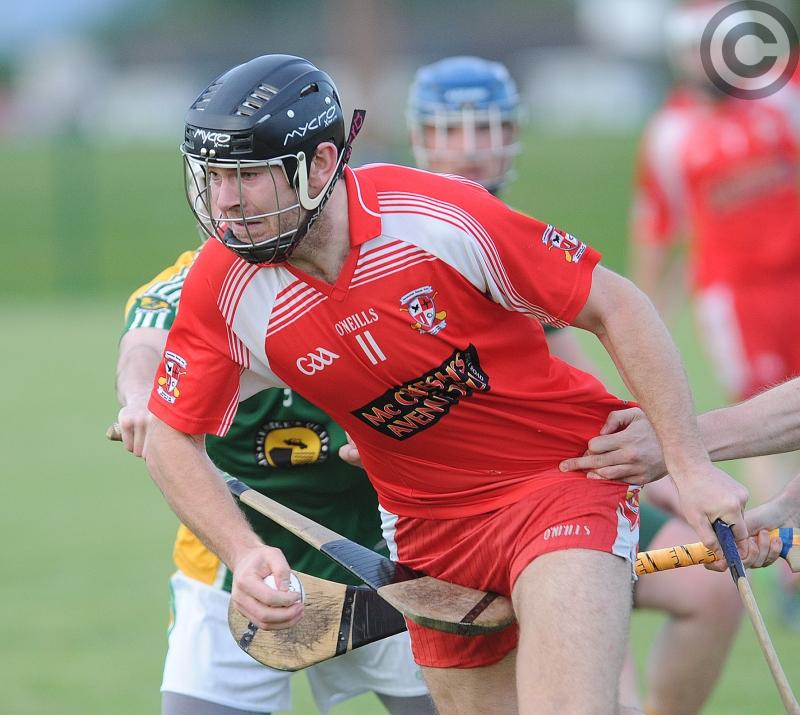 Their side included seven players who started last year’s final against St. Fechin's and with the wind at their backs, Trevor Hillard’s side led by 2-10 to 0-4 at the break with the goals coming from Shane Fennell and Gavin Kerrigan, who were a handful inside.

Despite a spirited second-half showing from Pearse Óg, spearheaded by their player/managers Gerard Smyth and Shane Callan, Knockbridge ran out comfortable winners.

Knockbridge were 1-5 to 0-4 ahead after 19 minutes with 1-3 coming from Fennell while the impressive Gerry McKeown and Conor Deane also found the range with Paul Grimes, Brian McCabe, Smyth and Gary O’Brien keeping Pearse Óg alive and kicking in the game.

The 'bridge stepped up their performance and scored a further 1-4 without reply to take a commanding 12-point lead into half-time, with Kerrigan raising the second green flag.

Pearse Óg reshuffled the pack at the interval and won the second-half by 1-7 to 0-9. Smyth (2) and Callan scored the first three-points of the second-period before Andrew Smyth and Deane raised white flags for the 'bridge.

Further points from Seán Marry, McKeown and Fennell added to their side’s lead before Smyth and Fennell traded frees and sub John Callan put some respectability on the scoreboard for Ógs with a goal.