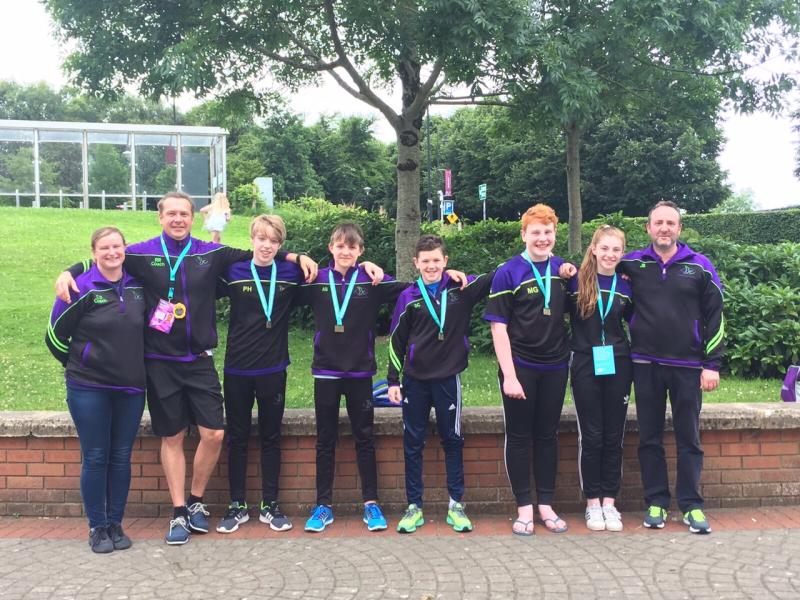 The team of 10, who had all qualified previously through top level provincial competitions in Leinster and Ulster, and who train out of the Aura Leisure Centre in Dundalk,were accompanied by Head Coach Rafal Rutkowski, Coaches Gerry Martin,Jordi Boxberger and Colette Donnelly.

The swimmers competed in a total of 40 events, including 2 relays,over the course of 4 days in what turned out to be a hugely succesful competition for them.

The team clocked up 33 personal best performances and 7 medals against some of the very best competitors in the entire country.

While the 10 counted 2 veterans amoungst their number,there was never any doubt that all the swimmers prepared and performed like seasoned senior competitors while at the competition, which is a designated Swim Ireland pathway competition as part of the National High Performance programme.

Skye Kasozi took Silver in the 100m Free and Bronze in the 200m Backstroke.

David Coyle took Silver in the 1500m Free on the opening night and with Alex Boxberger, Patrick Harmon and Matthew Geraghty took Bronze in the Boys U15 200m Free relay final on the closing night,finishing ahead of a number of top Leinster and Ulster "A" teams.

The swimmers who all finished the season on a huge high expressed their thanks to their coaches, parents and supporters, for enabling them to attain their peak performances at this top level competition.