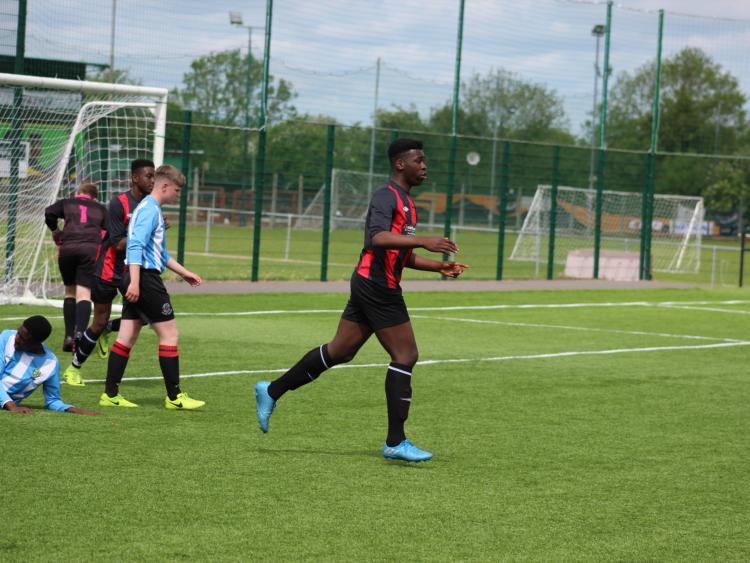 Azeez Opebi celebrates the first of his two goals

De La Salle U15s romped to the Leinster Minor Shield on Tuesday afternoon, scoring six-goals in a facile victory over Palmerstown Commiunity School in the decider at the MDL Grounds.

Azeez Opebi took most of the plaudits for his first-half brace, however, in what was a very composed and controlled team performance, there was no letting up by any player as the ‘Blaney Road boys scored thrice in either half.

A beautiful effort from ‘skipper Donal Leavy added to Opebi’s earlier strikes as Daragh McKeon’s men took 3-0 lead to the break before Leavy, direct from a corner, made it four shortly after half-time.

Later strikes from Ben Collier and Aaron Finnegan had the Dundalk side six to the good and, while Palmerstown pulled a consolation back before full-time, De La Salle comfortably held on.

McKeon found it hard to decipher what pleased him most in the aftermath, despite the victory itself being the obvious reference point.

Perhaps, though, the most satisfaction will be taken from the fact that all five of the team’s knockout ties, including the final, had to be negotiated away from home. 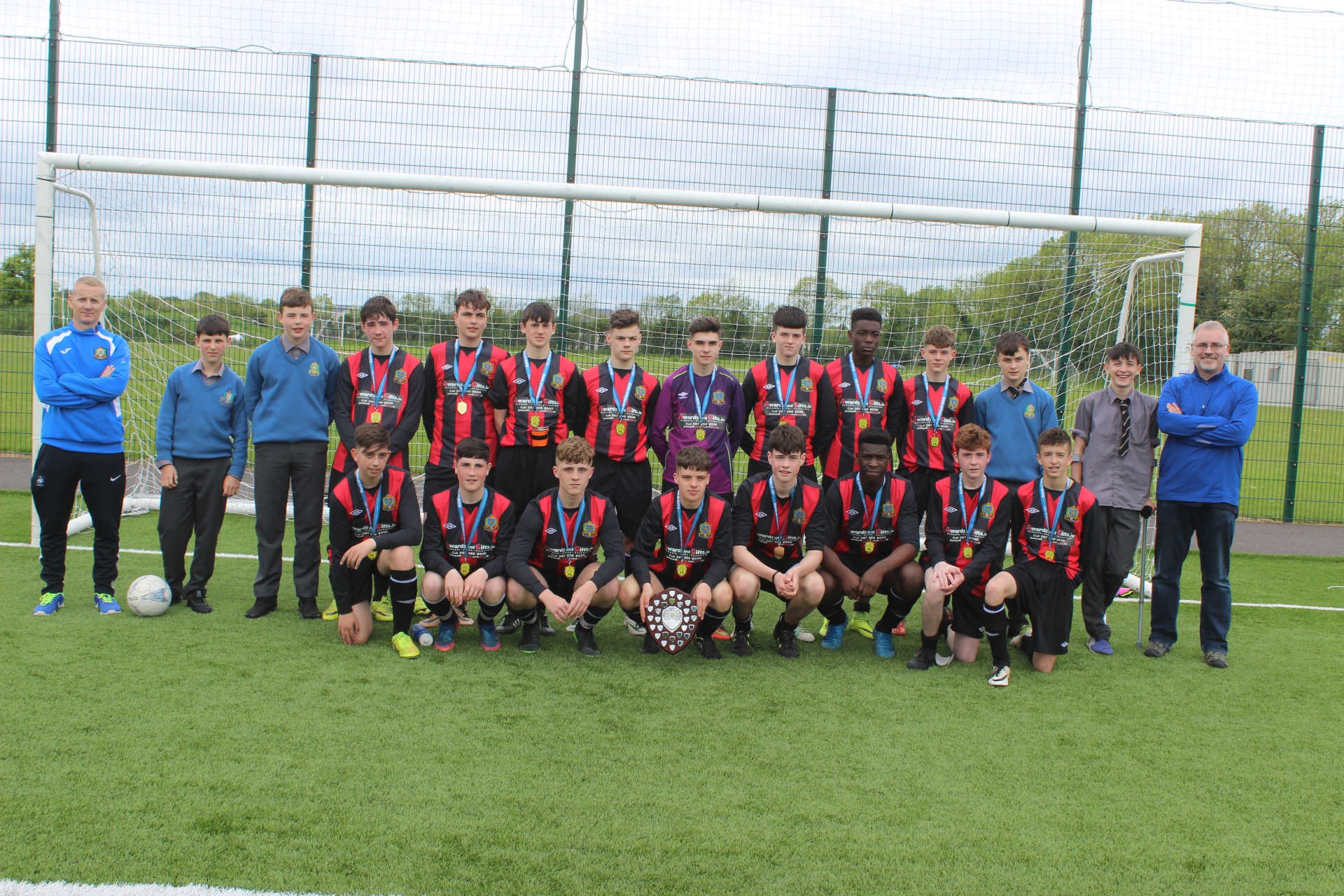