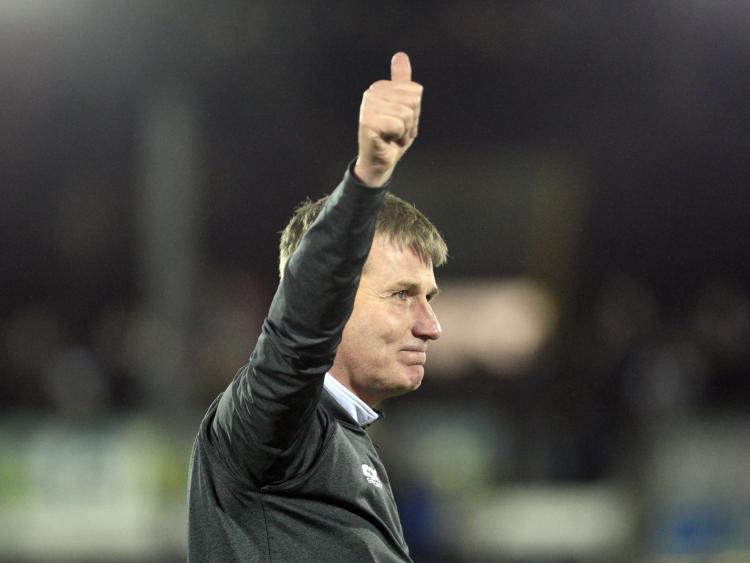 Dundalk put a few poor weeks behind them to post a convincing 4-0 victory over Sligo Rovers at Oriel Park this evening.

Jamie McGrath's hat-trick along with Niclas Vemmelund's header settled a game which the Lilywhites pretty much dominated from beginning-to-end, although their first-half performance typified somewhat their season to date; lacking a spark and frustrating.

Chris Shields and Robbie Benson were the pair Kenny went with in midfield, replacing Conor Clifford and Stephen O'Donnell, and the decision proved to be highly effective in allowing the front four to attack.

Although, the opening-half was to produce little in the way of goalmouth action with David McMillan's snapshot on 18 minutes the only accurate effort on either target.

Michael Duffy did have a penalty shout waved away 10-minutes before the break when his cross skimmed the left-arm of Regan Donelon, however, despite the bellows of Dundalk and their manager, no penalty was accruing.

Dundalk's performance after the break had much more intent and after a few early sighters, McGrath put the the champions ahead as he drilled an effort low and through Micheál Schlingermann's legs to the delight of the home following.

McGrath made it two on 71 minutes when his low show went underneath Schlingermann, Vemmelund headed to net in the 90th minute for his second goal of the season and only his third in Irish football before McGrath rounded off the night by winning and converting a spot-kick, completing his hat-trick in the process.

The Lilywhites are back....