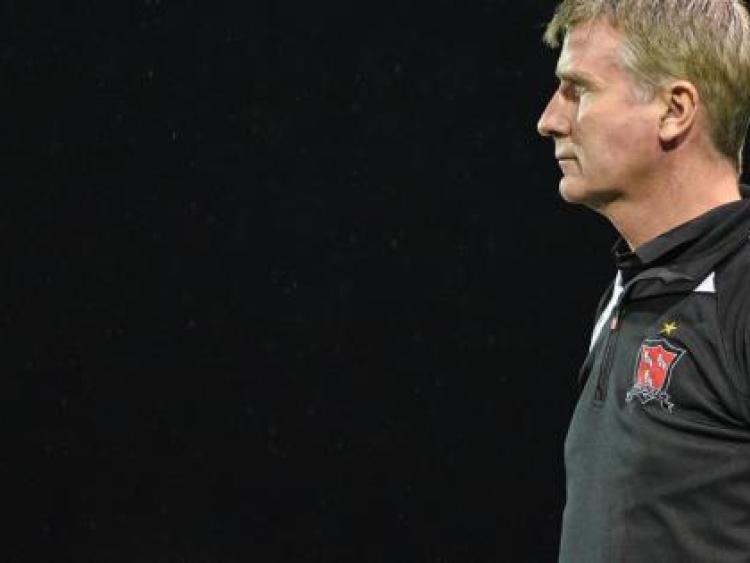 Dundalk lost to Shamrock Rovers for the first time in 12 league games at Tallaght Stadium tonight.

First-half goals from Ronan Finn and David McAllister did the damage as champions lost for the fifth time since defeating the Hoops at Oriel Park on the division's opening night.

Niclas Vemmelund scored a late consolation for the visitors, but the absence of Brian Gartland from the heart of the defence was key with the back four having struggled to contain what Rovers had to offer in attack all evening.

In fact, it's hard to fathom when the Lilywhites last played so poorly and to compound matters it wasn't as if Rovers were world-beaters on the night themselves. The reality was that they bullied Dundalk and that could be what hurts Stephen Kenny as much as the actual result.

The hosts went ahead on 17 minutes when Finn finished to the net from six yards, hitting a pass from Simon Madden, who had evaded the clutches of several Dundalk tacklers in the process of setting the former Lilywhite favourite up, to the net.

Stephen Bradley's side were on top and, after several lucky escapes for the lethargic Dundalk back-four, McAllister made it 2-0, heading a Graham Burke corner to the net. The scorer was unmarked and unchallenged in doing so, however.

The second-half saw the Lilywhites revert to three at the back with Paddy Barrett, Vemmelund and Seán Hoare given the task of trying to stop Rovers surging through the middle, and to be fair it worked.

However, Dundalk still carried next to no attacking threat and if anything it was Rovers who looked the likelier to get the game's third goal.

There was late drama when, after Darren Meenan had gotten his marching orders for a second yellow, Vemmelund headed to the net, however, it was too little too late.

Rob Rogers' full-time whistle saw the night's deficit for Dundalk finish at one, however, they now trail Cork by 15-points and even more worryingly if Derry win their midweek game in hand the Lilywhites will be outside the European places by the time they meet Sligo Rovers next Friday night.