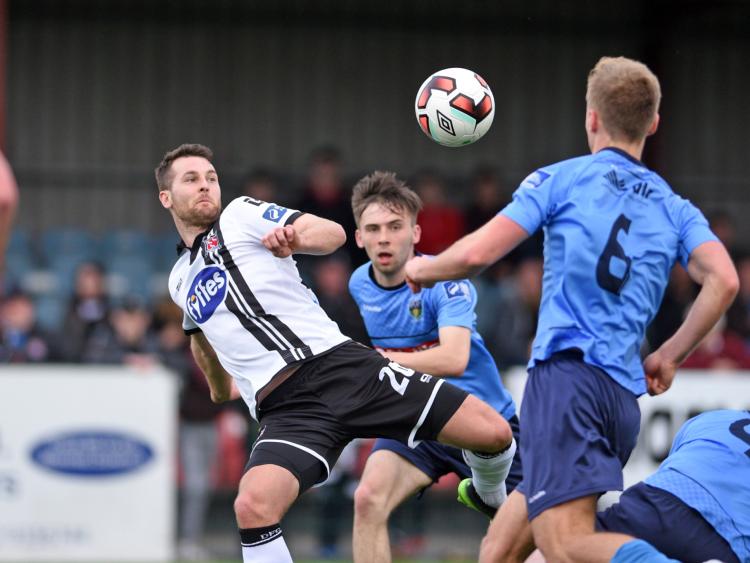 Thomas Stewart certainly wasn't marveling at the performance his Dundalk side put in on Monday night, but he ultimately reflected upon a job well done in the sense that the Lilywhites moved into the quarter-finals of the EA Sports Cup.

"It went on a bit longer than we wished for but when you look back it’s just about getting through it and those cup games are always going to be sticky," Stewart told the Dundalk Democrat.

"We weren’t at the races in the first-half but we’re obviously very happy to get the goal back. The penalties were a good standard and we’re in the next round which is ultimately what matters most."

Dundalk went behind in the 17th minute when Gary O'Neill scored a stunner to put UCD in front, and that was how it stayed until 14 minutes from time when Conor Clifford drew the hosts level.

Although Dundalk did create a flurry of opportunities in the intervening period, according to Stewart.

"We created a lot and that’s the thing, we just couldn’t get the end product and we were a little sloppy at times.

"It just wasn’t fluid enough for us but you sometimes get that in cup games and you expect from other teams that it is going to be their cup final against us.

"Tonight was just one of those sticky games and one of those disappointing nights where we didn’t win in the way we wanted to (in the 90 minutes)," he added.

The nine changes made by Stephen Kenny for the cup tie saw Stewart make his third start for the club. And, although disappointed at being dropped from the starting line-up for Friday night's game with Bray Wanderers, he feels that last night's game was a good exercise in many ways.

"We wanted to win tonight because it was an opportunity for other boys to get into the team.

"It’s important that each player gives a good account of themselves because any time you get a chance you want to do well.

"The extra half-an-hour is probably good for us in the long run but at the same time, when you change the team so much it’s hard to find a rhythm and maybe that showed a little bit.

"Ultimately, we know what the boys are capable of and we know we’re better than that tonight.

"I was available for selection and was happy with the performances that I put in for the team and when you’re winning, it’s great.

"We know that Patrick (McEleney, who replaced Stewart in last Friday's starting line-up) is capable of magic and he’s probably our best player but I’ll hopefully get my chance again."

Stewart was Dundalk's fifth penalty taker and stepped up knowing if he missed, then UCD would have an opportunity to win with the next kick.

So, was he feeling any extra pressure?

"We all practice them and when you practice penalties that much it’s nice to see it go in the back of the net," he admitted.

"All-in-all, there was a very good standard of penalties on show."