It's certainly John, but is it Mountney or O'Shea? 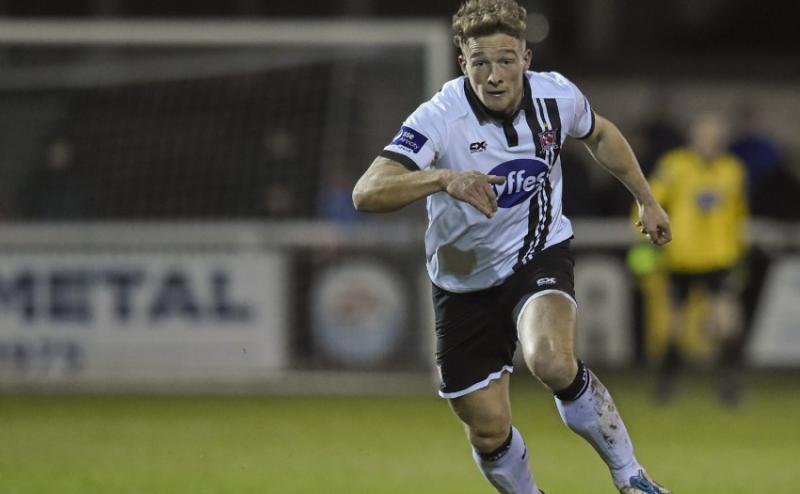 Despite their Europa League windfall, John Mountney has revealed that those involved in last night's penalty shoot-out victory over UCD are not in line for an overtime payment.

As the Bohola native told the Dundalk Democrat after the EA Sports Cup win over the Students: "If only...it would be a great week if that was the case..."

Mountney was one of nine changes to the side who faced Bray Wanderers in the league last Friday night and admits the Lilywhites weren't at their best despite securing progression to the next round.

"It was a dead enough game in the first-half," he said.

"We really didn’t start well but the second-half picked up for us and we created a lot of chances.

"Although, apart from the goal Conor (Clifford) got, which was great finish, we couldn’t seem to get the breakthrough.

"There were a few cramps hanging about when we were hitting the penalties.

"But, to be fair, it was a great standard of penalties from both sides and went down to the wire, but ultimately the win is what you want and the main thing was that we got over the line.

On the nine changes, Mountney added:

"The lads that are out of the team want to do as well as they can when they get their game in order to give Stephen (Kenny) headaches."

Mountney also compared his versatility to that of Irish international John O'Shea in that he lined up in the unfamiliar wide left berth against the Dublin college last evening before reverting to central midfield after the break.

"I was a sort of John O’Shea there…left, right and in the middle," the Mayo man chuckled.

"I suppose Stephen wanted to see Steven (Kinsella) coming in on his left and me coming in and crossing off my right."

Since the defeat in Cork a few weeks back, Mountney has had to make do with a place on the bench with Jamie McGrath coming in and impressing in his absence - and the 24-year-old admits to feeling frustrated as a result.

"It’s up to Stephen and it all comes down to his choice. I can only do what I can do and hopefully I’ll get back into the team.

"It’s frustrating for every lad that’s not playing. Every lad wants to be part of it and playing the 90 minutes every week.