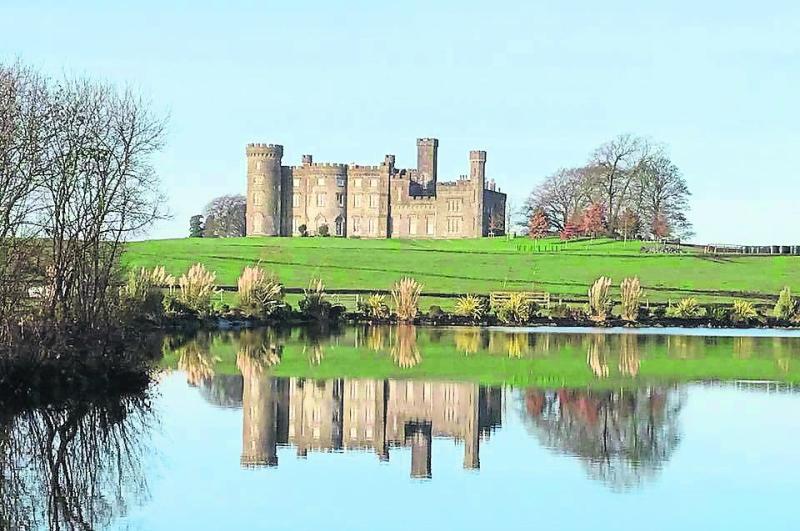 As the husband of a Galway woman living in Dundalk this past ten years, I know the roads to the west of Ireland well enough at this stage.

Depending on the time of year (and the price of diesel, and tolls) the decision on whether to head towards the Atlantic Ocean via Mullingar, along the winding N52, or take the more expensive, but lazier M1-M50-M4-M6 option, is usually a last-minute coin toss as the seat belt buckle clicks home.

But, if I had the final decision (not always a sure thing), I’d go cross-country and head for Mullingar.
It’s the scenic option for sure, but also the more exciting and interesting one. Anyone of a certain age can name the town and villages that light the way: Ardee, Carlanstown, Kells, Clonmellon, Delvin; and possibly the pubs dusting the streets as you go: Landy’s in Ardee, Donoghues Bar outside Drumconrath, while in Carlanstown there’s a couple of old-school boozers with Gerry’s pub and Kiernan’s, and further down the N52 there’s the fantastically named Isaac’s Well, with the pun-derfully titled Camán Inn another favourite in Delvin.

Just before you wind into Mullingar there’s also The Cloughan Inn at Turin - a substantial restaurant and pub that would have been another well-known stop on the road years ago; but now looks a little quiet, forlorn - you can almost hear the roadside sign squeak as you drive by. God knows the level of trade these places do these days, but they put their best side out still, even as the motorways muscled into the landscape.

There’s a forgotten, sun-faded glory to the N52 today; to my mind there’s a quaint, Route 66 feel to it - I’m stretching, I know, but if you let the mind wander a bit when you’re cruising along some day it might make more sense.

Motorways are routinely boring; motoring 5G broadband slipstreams for those wanting to get from A to B in as quick (and expensive) way possible.

Dropping into one of the service stations along the way feels like entering a no-man's land without soul or cultural meaning. They’re all the same - flat-packed IKEA modules inhabited by dazed drivers stuck on cruise control for hours on end listening to whatever podcast might lend meaning to their existence (I should know - I’m one of them).

Sure these motorway pitstops can be a welcome relief for stuffed-up families in desperate need of temporary social distance from one another before they go again, but give me the N roads any day of the week.
There’s also real, local people to see.

Considering you’re not bolting it at 120km/h on the N52, you can even see the features on their faces as they stroll along Main Street, Delvin; perhaps you spy an auld fella heading towards the Greyhound Bar planted on the corner for the Athboy Road.

Or a weary traveling salesman stopping into the Centra in Carlanstown.
Their stories unknown, but still the hint of a long life lived in these parts in their eyes. All life is local, they say, never truer words here.

Between Kells and Mullingar there’s the crumbling glamour of several old stately homes to look out for Rosmead House on the edge of Delvin is one such ruin.
You can’t miss the imposing gated entrance at the bend in the road as you head back east out of Delvin. The gate was said to be inspired by Robert Adam's gate at Syon House in London; it’s a marvelously sad site these days and the house within is falling away into the rolling landscape of its former grounds.

But it is a striking site to behold, perched on a hill, trees protecting its elderly frame from prying eyes.
Just a slight nodge off the N52 is Killua Castle near Clonmellon.
A fine structure which is home to the Raleigh Obelisk, said to mark the position where Sir Walter Raleigh planted some of the first potatoes that he imported to Ireland.

Slightly past Mullingar itself marks the end of my usual cross-crounty path to Galway.
The M6 on-ramp just beyond Belvedere House signals a nudged wake-up call out of the past and into the modern day.

Grey, endless tarmac and flyovers the highlight for the rest of the journey.
The N52 continues on though, only temporarily sullied by becoming part of the M6 at Kilbeggan for just under 10km.

Then it emerges again, haring off towards Tullamore, and then Birr, before finishing up at a non-descript roundabout south of Nenagh; a motorway taking over from there on.
The N52 runs a shade over 110 miles in total and each one has a story to tell.