Opinion: Half a million euro for Long Walk in Dundalk not enough for major change 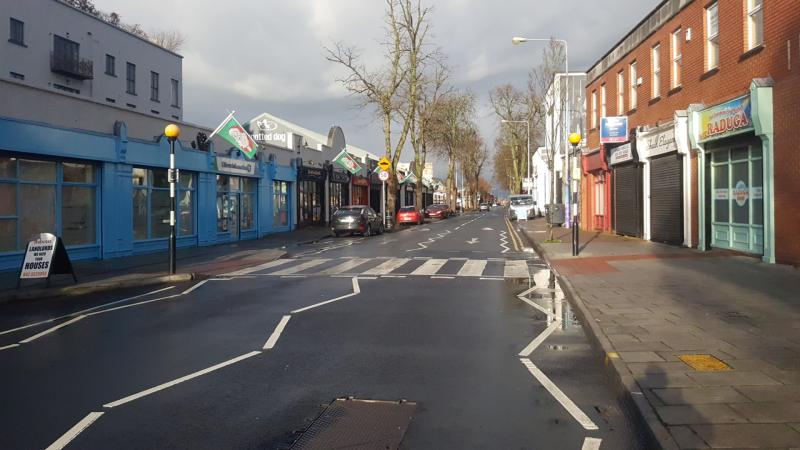 Opinion: Half a million euro for Long Walk in Dundalk not enough for major change

Take a stroll down the Long Walk in town some day.

Starting off from the Square, it is a busy and thriving commercial area - full of sight and sound. There’s shops dotted along both sides of the road and the cafes seem to be doing a swift trade in coffee and treats.

On a bit, the bus station is on the left, just before the Long Walk Shopping Centre, and it helps create more punter footfall, plus, the Boyds car park to the right is a consistently busy space too.

Venture further on, past the entrance to the shopping centre on your left, and things start to become a lot more sparse and quiet.

There’s a secondary car park on your right which, again, serves as a neat stop-off before proceeding on foot up onto Clanbrassil Street or over to the shopping centre.

After this you arrive at the vacant Carroll’s Village shopping centre - boarded up and wasteland-esque in appearance. There’s also the IMC cinema across the road from it.

About now you’ll feel an uneasy sense of disconnect between were you started your journey from, to were you’ve now ended up.

The Long Walk is off-kilter and top heavy to the town side in terms of commercial activity. Which is no real surprise; this happens in many towns. But something drastic needs to be done to help balance the scales.

Last week a funding injection of €533,000 was announced for the Long Walk.

According to local Fine Gael Cllr John McGahon it will “reinvigorate the Long Walk area to establish a new living and working quarter at the heart of Dundalk town centre.”

Half a million quid to create such an extensive and bold urban vision?

Not likely, to be honest.

A meaningful overhaul of this area would require a multi-million euro investment - similar to the one proposed for Clanbrassil Street, beginning in January 2019 - to have any hope of success.

This half a million euro funding for the Long Walk rejuvenation is to support the idea of creating “improved public spaces” and to “promote cafe culture”, while also bringing public art into the area.

This is a noble gesture and it is certainly appreciated, but, again, the underlying problem with vacant buildings and unused commercial space near the northern end of the Walk is not being tackled directly.

Half a million euro is a drop in the ocean - a band-aid application ultimately, which may address some of the more superficial aesthetic issues sure, but is highly unlikely to address the much bigger problems at play.

Cllr McGahon is right, though, when he labeled the Long Walk a “under-utilised area”. It most certainly is. It runs directly parallel to the main street and despite some attempts - via isolated passageways - to link up the two areas, they feel like two separate parts of the one town. When, in fact, they should be seen as one combined town centre location.

Perhaps the half a million quid could be used to tackle this initially instead? Make the link between these areas more attractive and more obvious, maybe?

The same has been said in the past about linking up Francis Street, via Williamsons Mall, to the Marshes Shopping Centre on the Ramparts. We need to think broader as one large commercial location here in the town centre, rather than separate entities that co-exist in different timelines.

It will be interesting to see how this €533,000 will be spent in the end. And, if there will be more rounds of increased funding for the Long Walk in the near future.

And, lets also not neglect Bridge Street while we’re looking at urban rejuvenation. It needs support.