EDITORIAL: Could extensive Christmas Market be a realistic option for Dundalk? 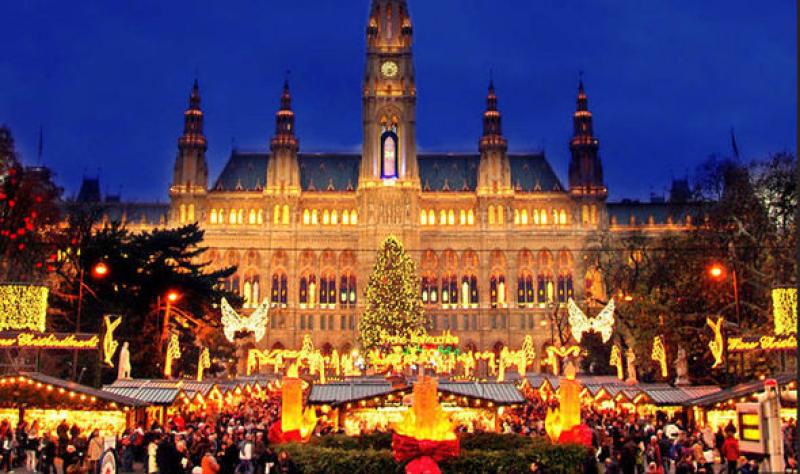 EDITORIAL: Could extensive Christmas Market ever be a realistic option for Dundalk?

As this column has mentioned several times in the past, the upcoming festive events planned for the town centre this year deserve to be applauded and are warmly welcomed.

The astute decision to remove the ice rink and change-up the Frostival Winter Festival this year showed a real understanding of what local people wanted - and it showed the organisers had the ability to carry out that message promptly and with little complaint or finger-pointing.

The evolution of the town centre's festive events needs to continue and adapt; so lets look a little further down the line to 2019's events. I can hear the groans already!

But why not get a message out there early and allow the organisers time to take on board suggestions and decide for themselves what could realistically work given available resources and finances.

Any discussions about Christmas events in a town or city rarely get far without mention of an extensive Christmas Market.

Yes, there is a Christmas Market as part of The Frostival events schedule this year, but it would appear to be limited in scope and is only running for a short number of days.

A whole tourist industry has shot-up around these markets in recent times - just check any airline's advertising campaigns at this time of year for flight deals to European cities which host such markets. Think about some of the major ones that come to mind too - Vienna, Prague, Berlin - nearly every city/town has one and, while we're on the topic, even Drogheda has mooted the possibility of having one!

Yes, there are major differences in scale and the numbers available to make it economically worthwhile for those businesses involved, but the main selling point remains the same - festive themed stalls selling local crafts and goods to a willing customer base. That does not change, no matter the location.

The major kicker and stumbling block, however, is that practically every major Christmas market on the continent sells some form of warm alcoholic beverage - be it Gluwein in Vienna, or warm cider and mulled wine elsewhere - it's part of the tradition and generally enhances the overall experience.

This is where it becomes a problem for a place such as Dundalk, or any Irish town for the matter. However, the problem is rooted in a lack of strategic understanding to a large extent. Traditionally, the thinking would go that any attempt to sell alcohol on the streets of Dundalk (any Irish town) would end in booze-fueled misery for all involved, with drunken debauchery and a litany of associated anti-social outcomes.

And few would disagree that this would be the case - going on very traditional thinking anyway.

However, venture into any Christmas market in Europe, where alcohol is sold, and you will notice one fairly obvious thing from the off - a heavy police presence in the immediate and surrounding area.

Now, the very thought of this could seem off-putting to some, but having gone to several Christmas markets in recent times, including perhaps the largest in Vienna, the feeling of Big Brother watching does not come into it. The police presence is visible yes, but it makes patrons feel secure and there have even been times when I have witnessed a police officer don a santa hat and swing into the festive mood.

Perhaps this is all idealistic thinking, and ultimately, even if organising a considerable garda presence over a couple of weeks were possible, the inability of some people to simply control their drinking would darken the experience. Such a pity.

On a side note, it is great to hear that Crowe Street will finally get Christmas lights this year. That such an historically important town centre street had been left without festive illumination for such a long time is remarkable. But, alas, such Grinch-ery appears to be at an end!