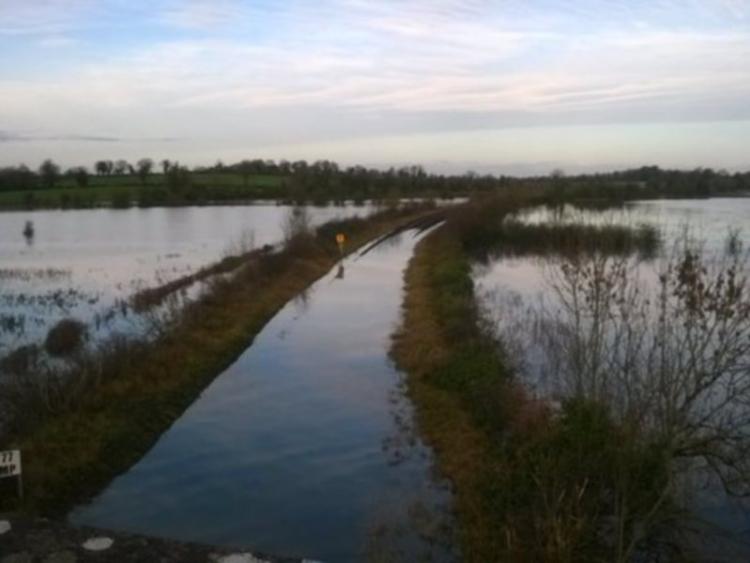 The colourful lights guide you in like a dazzling landing strip at night. I had seen them working away in the weeks beforehand. Working in the cold and the rain to festoon both sides of the road with the garlands of festive fairy lights. Step ladder and pliers always at the ready.

Now, with the work done and Christmas fast approaching their reward is simply the quick acknowledgement of friend and passing stranger alike (and maybe a smiling selfie too).

Castlebellingham, this scribe's current home, derserves honourary mention this Christmas season. The community effort and thought put in to decking the village in such festive finery will take some beating in the county, if not the country, this year.

And it has been this community effort which has been to the fore of late in Ireland. On this side of the island we have, luckily, been spared the cruel, harsh realities of Mother Nature, however anything west of the Shannon river has had to deal with flooding on a near unprecedented level.

But, throughout the misery and almost overpowering force of the rising waters, the community spirit and willingness to help out where others might have fled has been something we can all reflect on with great pride as a nation.

In Leitrim and Clare the battle against the floods has seen neighbour, friend and work colleague step-up and, without question or utterance, try to save premises and property from ruin as the rivers rose and land became lake.

It's at awful times like these that the true good and unquestionable humanity of people is most visible.

Again, it has been rare for the east of the country to have to deal with such events. And it got me wondering as to whether we could actually prevail in the event of such a catastrophe.

Would we have the neccesary emergency plan in place that would kick in and lead the way? God knows those on the west of Ireland seem to have been left high, and most certainly not dry, in the wake of the fall out from Storm Desmond.

In the place of a cohesive plan, that old community spirit has lit the way out of the darkness though. But it shouldn't be that way at all. There are those who feel that because of their geographical location that the authorities have simply forgotten about them. Brushed them under the carpet like unloved cousins. Whether there is merit to that is one thing, but it is hard not to feel some sense of camaraderie, sympathy and solidarity.

We have, of late on this side of the country, shown our own solidarity in the face of tragedy. The killings of Garda Tony Golden and Adrian Donohoe were moments that tested our response to events out of our control.

The overwhelming sense of grief and again solidarity shone through as our community set to work to honour fallen heroes and also set about trying to rebuild a shattered collective conscience.

That it takes these 'out of the blue' moments to shine a light on the goodness in communities the length and breadth of this country is a greater societal issue in itself. However, as I watched those Bellingham folk make the extra effort to generate some small Christmas cheer for the good of their friends, relatives, neighbours and strangers it makes you realise that we are a great little country - it just goes, sadly, unnoticed a lot of the time.