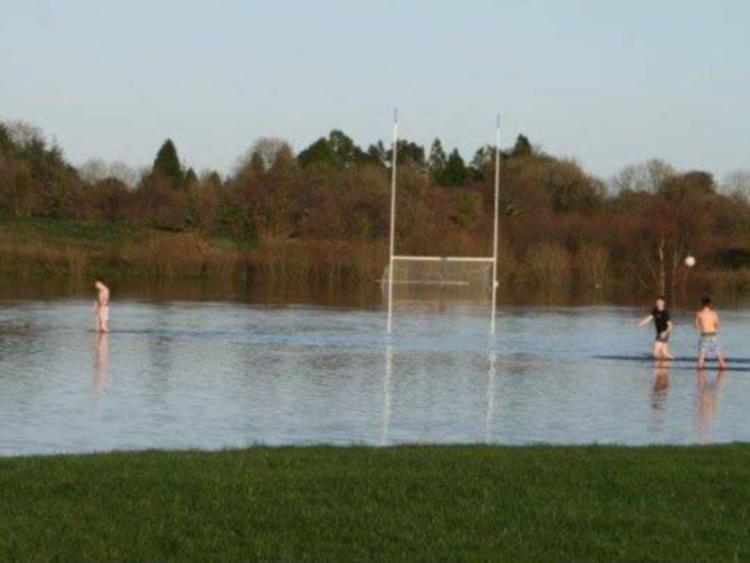 The emails dropped in as regularly as the skiffs of rain upon the east-facing window of the Democrat office - how's that for some OTT imagery of a drab Tuesday morning?

Those emails in question came from all over the country, mostly local mind, and all started with a short, upper-cased and emboldened title - MATCH OFF .

Yes, it has been a particularly cruel few weeks for those poor, tortured fixture-fixers the length and breadth of the country, trying valiantly to finish off a long season of GAA, football, hurling, rugby, golf, whatever. If it was an outdoor pursuit it's been pretty much decimated in the last forthnight.

For a country that wallows in repetitive precipitation we really are up against it in this regard. But, like so much about us Irish, it's both heroic and a bit bonkers the way we persevere.

We play sport in the kind of weather you wouldn't put a rat out in, forget the cat! Those humpbacked westies over in Connacht Rugby have basically evolved their whole game to deal with the incessant horizontal wind and rain, which is part and parcel of existing on that side of the 32. Perhaps this is why they are currently the most successful provincal side?

We are a sports-loving nation and we simply won't be beaten by something as pedestrian as mother nature. It's wonderful. I play a bit of pub league tippy-tap on a weekly basis. Skill is desirable, but not really essential at this level. An ability to turn up regularly and ownership of two feet - and even that's not a rule-breaker some Sunday mornings - makes a star player (or at least a Clubman of the Year).

I've experienced playing in the current weather madness and it's remarkable the dedication to the cause. To the extent that during a recent match between two teams (and the wind) a right royal ruckus kicked-off between the sides, with stray boots flying and isolated arses getting kicked - and all this in the middle of a force ten gale and rain that would soften granite.

It's also a reason why we are as relatively successful on the international stage as we are. Now I know we aren't exactly world-beaters in much, but like I said, for the size we are we pack a punch (hello Mr McGregor).

Come next June when we are lapping up the sun in Bordeaux, Lille and Paris with the Irish soccer side (North or South, take your pick) we can look back to those face-numbing nights spent on the rusted terraces of our favourite local sporting side and say that we are truly sports fans. We may eff and blind them and say we'll never go back to watch them again, but we all know we will.

Come January the various seasons will begin again. The year will thaw and we'll be there once more. Fresh hopes will wipe away recent heartbreak. Winning is as important to the Irish as anyone else, and don't doubt that. But as someone wiser once said - it's important to know how to lose in the right way and deal with it in the correct manner. God knows we've learned that one.

The one thing the Irish cannot be accused of, is being fair weather supporters. No siree.