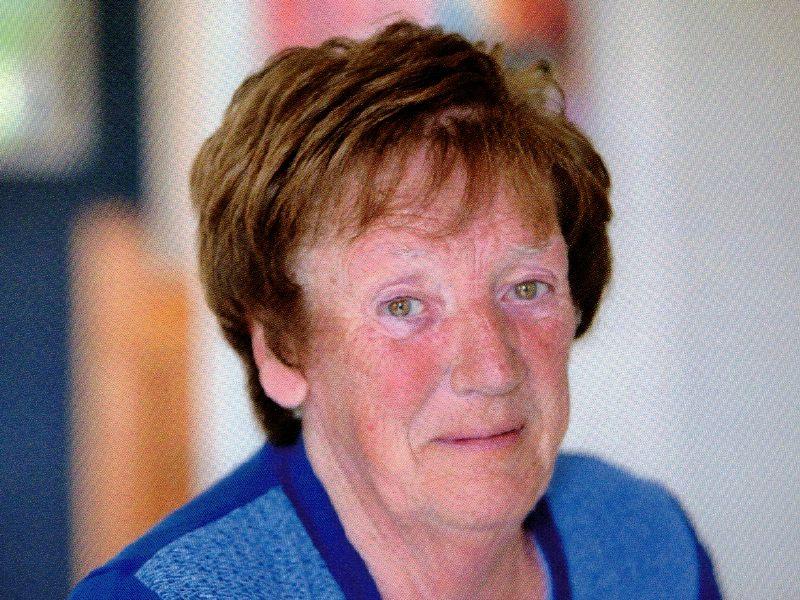 Margaret Cranny was a lady who was born and lived virtually her entire life in the Lordship community to which she richly contributed in so many ways, not least as a kind neighbour and carer.

It was always others who came first with Margaret and she was one of the first to take up the role of a home help in the Peninsula which was something she did anyway in a voluntary capacity. She dedicated 40 years to serving as a Home Help in the area and sticking to duties was alien to Margaret as she always went above and beyond what was required. She had a strong faith, but practised very much a practical Christianity.

Her jolly, bubbly personality with a bright smile always ready to break extracted humour out of the most gloomy of situations, and could thread the most sensitive. This combined with her innate determination ensured invariably that things got done overcoming the most difficult of circumstances.

The capacity to mix with all ages was another strong and most appreciated trait of Margaret’s, especially by young people who enjoyed her company.

She was the youngest of seven children, comprised of four daughters and three sons, born to Michael and Margaret Doherty and was brought up in the family home at Rockmarshall, where she spent most of her life. She attended school locally, being a pupil of Rampark National School and then went to Bush Technical School.

She like many of her generation took up employment in the then thriving shoe industry in Dundalk. She was attached to the workforce of Hallidays until she met and married husband Peter Cranny from Haggardstown.

The couple set up home initially at Mooretown, Dromiskin before moving to Margaret’s family house to mind her mother. It was there that the couple reared their own family of Aidan, Rosetta, Cathal and Turlough.

Margaret devoted herself to the roles of full-time housewife and mother, to which she was eminently suited, with her hospitable and generous nature that always welcomed family and friends warm-heartedly.

She was an excellent cook, who could conjure up a meal from the barest of ingredients in virtually no time. Any food was there for all who called to share, with a pot of soup nearly always at the ready to serve up. Visitors never left without receiving some form of hospitality whether it was tea or other refreshments with sandwiches or some treat.

She engaged very much in the community through her children in their school going years and recreational activities by becoming involved in various bodies. This led to her taking part in the Parents Committees in Rampark National School and Bush Technical College. She was a member of the Lordship ladies club and actively involved in fundraising with the club and also the Community Centre Committee that helped in the facility being built within the Saint Patrick’s GFC complex.

She gave her time and energy also to Saint Patrick’s and it’s youth wing Valley Rangers , both of which she was a strong supporter and a regular at matches and rejoiced in their successes. She also played a very active part in the Scor section of the club and the promotion of Irish culture, especially dancing.

Her last number of years were challenging with the death of husband Peter in 2009, which was quickly followed by declining health. Through a worsening and ultimately terminal outcome she received great support from her family, but her courage and jovial strength of character shone through. Her family are especially grateful to her carer Pauline Murtagh, the Birches Centre, family and friends for the care they gave Margaret.

She reposed at the residence of her daughter at Clois Na Rian, Rampark from the Wednesday and was taken for funeral Mass to Saint Mary’s Church, Lordship on the Friday.

The celebrant was her nephew Father Micheal Woods who gave the eulogy.

Symbols representing her life were laid before the altar by her sons, Aidan, Cathal and Turlough. There included a pot, a Saint Patrick’s jersey and a photograph of her on her 70th birthday.

Nieces, Fionnuala Sheelan and Bernadette Smith gave the Readings, while the Prayers of the Faithful were led by grandchildren, Pearse, Cara, Simon, Niamh and nieces Margaret Purcell and Olive Traynor.

The Offertory gifts were presented by her daughter, Rosetta and grandchildren, Ella May Cranny and Erin Mulrey.

The music and song was provided by her niece Ann-Marie Comaskey and Elizabeth McConnell.

Members of Saint Patrick’s formed a Guard of Honour on the route to the church, and were also part of the pall-bearer team who carried Margaret to her final resting place in Lordship cemetery.