Jimmy McGovern was a member of the local FCA 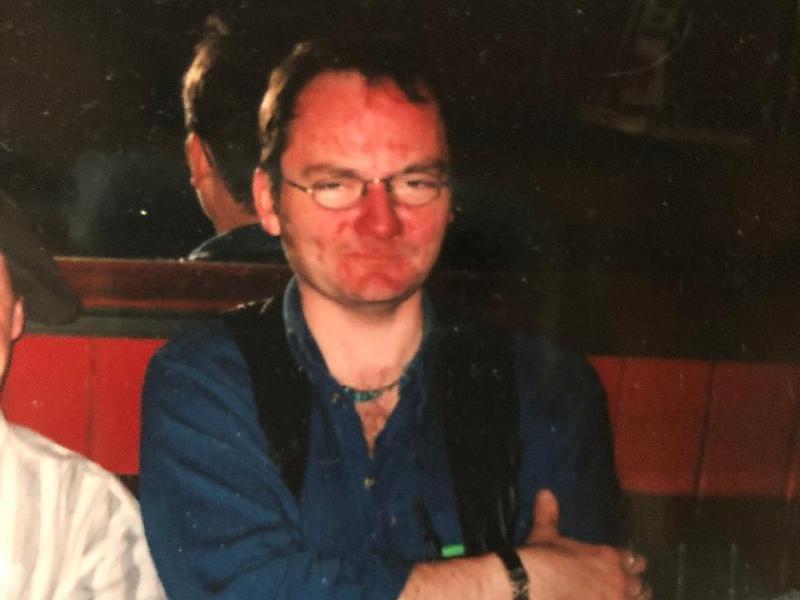 Jimmy McGovern, Greyacre Road, Newtownbalregan and formerly of ‘San Cresci’, Mullaharlin Road, Dundalk, passed away peacefully after a short illness on June 14 under the exceptional care of the staff in the Intensive Care Unit, Our Lady of Lourdes Hospital.

Jimmy was born in Galway city to Jim and Anne, before the family moved to Dundalk for his father’s employment as Chief Agricultural Officer for Louth.

After leaving school Jimmy joined ‘An Post’ where he thoroughly enjoyed his work as a postman and was well known to everyone in the town.

He worked with ‘An Post’ for eight years prior to an accident which cut his employment years short. He remained friends with many colleagues whom he met during his time there.

Jimmy was a member of the FCA alongside his brother Joe for many years, a time about which they had many good stories to tell.

Jimmy was an avid reader of all kinds, submerging himself in numerous books that he would have great interest in, but he was best known for his love of music and his love of animals.

Jimmy cherished the family dog ‘Ali’ who was as well known as he was for their long excursions around Dundalk where they would meet many friends along their route.

His love of music was apparent to everyone who knew him with his favourite bands including ‘Thin Lizzy’ and ‘Rory Gallagher’. His extensive music collection was testament to this.

He attended numerous concerts and festivals annually both locally and internationally including Glastonbury festival which he frequented most years.

He had a keen interest in sports and thoroughly enjoyed boxing and motorcycling, and attended many boxing matches and ‘TTs’ with his siblings over the years. He also had a keen eye for photography and art, and enjoyed picturing the scenery of the surrounding countryside.

Jimmy was a quiet man, unassuming in character and his family and friends have many fond memories of him to cherish.

Jimmy was predeceased by his parents, Jim and Anne, brothers Tony and Joe.

He will forever be remembered by his sister Anne, brother in law, Tim (Shanahan), nephew Niall, nieces, Aoife, Kerry and Shannon, extended family, friends and neighbours.

His Month’s Mind Mass will be celebrated in Saint Joseph’s Church, Fatima, on Saturday July 20 at 6pm.