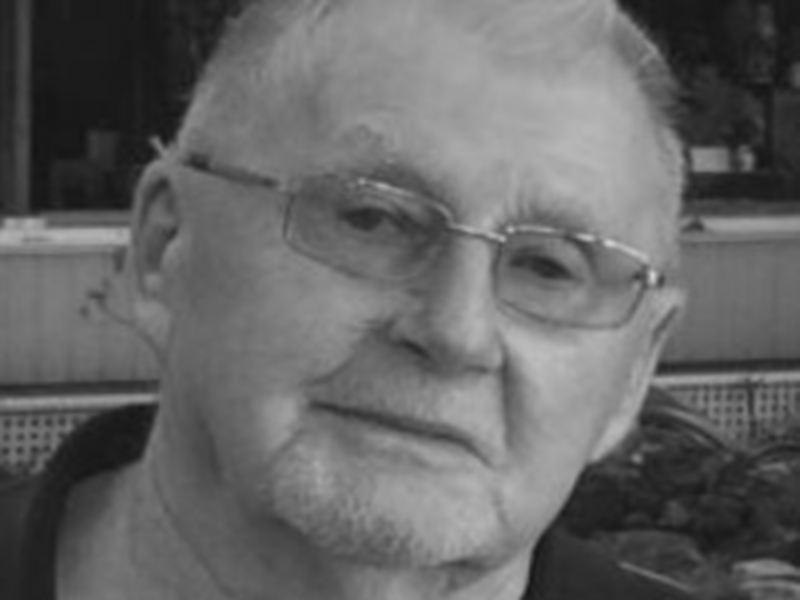 Kevin Haverty passed away peacefully in Toronto East General Hospital on Tuesday, March 19th with his devoted and beloved wife Myrna and son Kevin Jr. at his side.

A strong believer that "life is the journey, and not the destination," he had enjoyed his life fully and in his own way.

In the end he wanted to return to the place from whence he came and he did exactly that.

Having freely given of his experience, strength and hope to so many, we are bereft at the loss of our ‘Big Fella’; yet grateful that his spirit still touches us from his place of origin and destination - beyond this earthly journey.

Born in Dublin in 1937 to Thomas and Mary Haverty of Dundalk, Kevin attended Shelagh National School and Dundalk CBS.

He grew up into a fine big guy and was very conscious of local life - both good and not so good. Upon leaving CBS he transferred to St. Mary's College Dundalk (The Marist), where he met his future life-long friends, including Brendan McGahon, a man of equal passion in all respects – enjoying their rite of passage of good education, conversation, debate, song and horses. To our knowledge, Kevin was the last survivor of the group.

He started his career at The Hibernian Bank, Ireland moving on to join The Standard Chartered Bank, London and thereafter to South Yemen (Aden)and Sri Lanka (Ceylon).

In the early 60s, he transferred to Bombay where he met his future wife Myrna.

They embarked on an adventure which took them back to Ireland, then on to Canada where they settled in Toronto with their son Kevin Jnr.

In Canada, Kevin started work at the Bank of Montreal; then moving on to IBM, where he spent 33 years in Canada and Australia.

His role brought him and his family around the globe many times over, living in Toronto, New York and Sydney, before returning to Canada in 2000.

For those who knew him, Kevin was a gentle and spiritual soul, always generous of spirit -- especially with his understanding, time and empathy.

A remarkable fighter, he experienced life challenges which would have embittered many and from which they would not have recovered.

Despite all - this dominating, big, tough man did recover and would be the very first to extend the hand of help to those of us who reached out for it.

‘I am a better man for having Kevin in my life’ – Mike G.

In addition to Myrna and Kevin Jnr., Kevin is also survived by his daughter-in-law Liz Power of Toronto, Ontario, sister Therese Haverty-Cleary and brother-in-law Joe Cleary of Georgetown, Ontario; and his sister Imelda Coffey of White Rock, BC, and their families. His family also included sister-in law, Patricia Xavier and brother-in-law Lloyd Xavier of Toronto; and sister-in-law Joybelle Fonseca of Mumbai, India and their families.

An Irish 'Wake' Memorial Service to celebrate his life will be held on Saturday, April 6 with a private family burial at a later time. Ar dheis Dé go raibh a Anam Dílis.