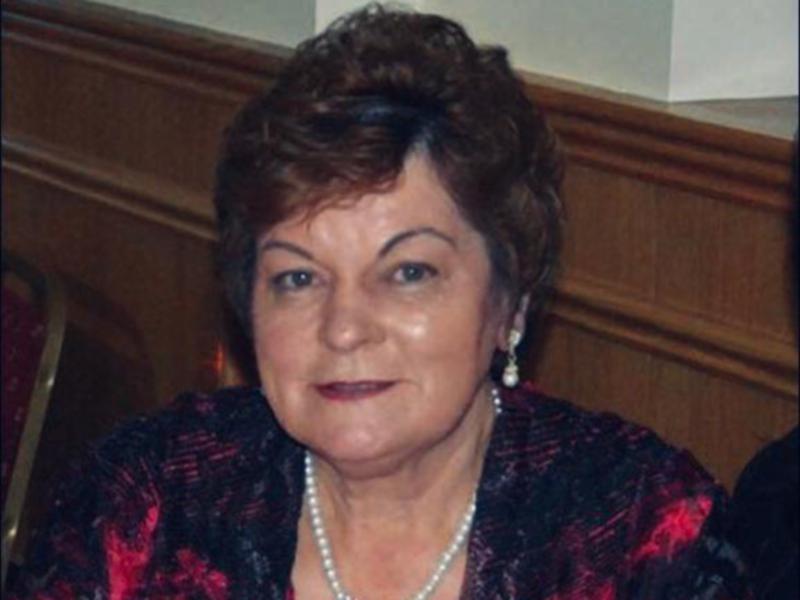 The passing of Patricia Lynch (nee McCartney), Roodstown, Ardee, occurred peacefully in Our Lady of Lourdes Hospital, Drogheda on January 4, 2019, in the loving care of her family. Patricia’s passing will leave a huge void in the lives of her family and friends.

She was born to parents Lily and Peter on July 1 1951. Patricia spent her happy childhood in a small country cottage down Cullenstown Lane, Darver.

She was the youngest of ten children and so she was lavished with attention and an abundance of love.

Patricia attended Darver national school and then proceeded to secondary school in Saint Vincent’s, Dundalk with her lifelong friend Anna, who would later become her sister in law.

Patricia’s enthusiasm to learn and a taste for knowledge ensured she excelled at school. On finishing school, Patricia gained employment in the GEC, Dunleer as an administrator and quickly became a valued member of staff.

Patricia, then living in Stabannon, left the GEC to take up the greatest job of her life – the role of motherhood and this she did to an extraordinary standard.

Unfortunately, Patricia experienced the most difficult loss of all, when her first born son Anthony was taken tragically at the age of seven years old.

In the years to come, the joy of her children, and in latter years, grandchildren in part mended the sadness of losing her son.

However, a place was forever reserved within her heart for Anthony.

Patricia’s role as mother was wonderful. She lavished her children with unconditional love. She gave all she had to this role.

Patricia instilled the values she had learned throughout her own childhood years onto her children - always encouraging them and her grandchildren to do their best but never pressurising them. She took great pride in all their achievements.

Patricia was keen to keep her family flame alive, regularly visiting the families of her siblings who had gone before her.

She enjoyed attending Gaelic football games, watching various sports on the telly, shopping and trips away with her family. Patricia had a love for fashion and this was evident until the end.

She was a massive fan of Daniel O’Donnell and attended many of his concerts throughout the years. She recently got the chance to meet and chat to him after one of his local shows.

Patricia also received a special video message from Daniel in which he wished her good health in the wake of her diagnosis.

Patricia shared a love for listening to the local radio station, LMFM as well as watching programmes of current Irish affairs and documentaries on the telly.

She has been described by all who knew her as an absolute lady.

Her gentle, kind and caring ways were evident on meeting her.

A famous saying regularly quoted by Patricia was ‘your health is your wealth’; she never longed for lavish or materialistic items. Patricia enjoyed a simple approach to life and once in company of family, she was at her happiest.

Patricia was a woman of great faith and attended mass every week. In the latter times, when it was more difficult for Patricia to attend, she would listen to it on LMFM.

She enjoyed pilgrim trips with her friends in the local area to Knock and Lough Derg.

She also enjoyed the reminiscing and catching-up with her friends in the senior citizen group once a month in Stabannon.

Patricia had a great devotion to Saint Anthony and prayed to him daily and attended his novena annually.

Ill health tried to chip at Patricia’s faith, but she stood steadfast and wouldn’t let it change the loving person she was, nor shadow her love for God.

She prayed for the strength and time to see her youngest, Pádraig become a husband and her daughter Grace to become a mother. God rewarded her faith by sending her youngest grandchild, Caolán, well before his due date.

She got her wish to look into his eyes and hold him as she had previously done with all her grandchildren.

Patricia will be sadly missed and always loved by her children, Paula, Caroline, Siobhán, Mark, Grace and Pádraig. She was pre-deceased by her son Anthony.

Patricia is survived by her brothers, Aidan, Peter and Brendan McCartney and sister Nan Finnegan.

She was predeceased by her siblings, Gerard, Kitty (Byrne), Brigid (Hoey), Monina (Matthews) and Olive (Ward).

She will be missed greatly by her sons in law, Gearóid, Colin, Mickey and daughter in law, Aine and partners Ashling and John. She will forever be in the hearts of her grandchildren.

The Mass was celebrated by family friend, Father Derek O’Connell and concelebrated by Father Anselm Emechebe (PP Kilsaran/Stabannon) and Father Peter Murphy (PP Ardee). Patricia’s grandchildren made the Mass so special by each contributing their own personal touch.

Readings and Prayers of the Faithful were carried out by Patricia’s grandchildren and son in law.

Symbols of her life were presented on the altar by her grandchildren. Offertory gifts were presented by her sister in law, Anna and niece, Marie. Her son in law, Mickey gave a loving and thoughtful eulogy.

Afterwards, the burial took place in Stabannon cemetery where Patricia was laid to rest next to her beloved son, Anthony.