Seamus Quinn was held in high regard by many 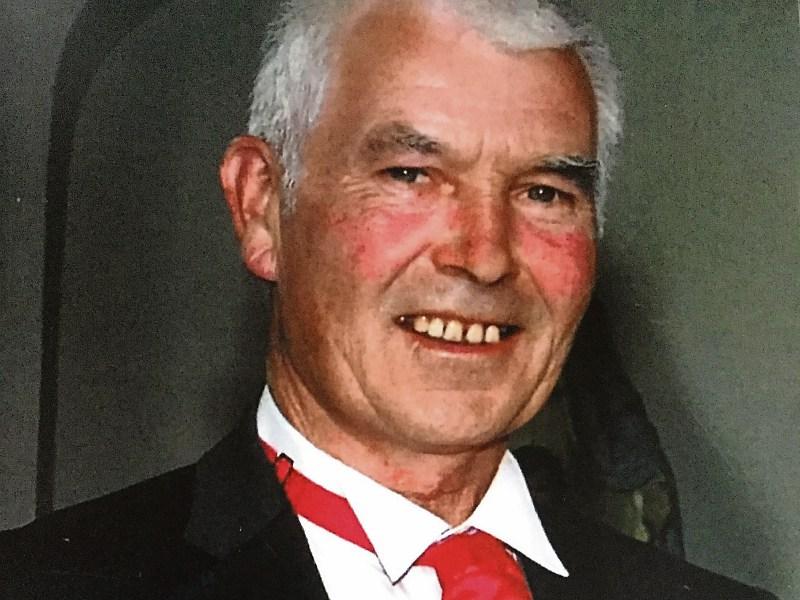 Seamus Quinn died suddenly at his home at Mills of Louth, Louth on March 9 2018 leaving his family and local community in shock.

Seamus was held in high regard by everyone which was reflected in the large crowd who attended his wake and funeral mass. He worked hard to provide for his family, and was very proud of his seven children and eleven grandchildren. He was a real family man and was very close to his brothers and sisters.

In his younger years he was a keen footballer, who won junior championship honours in both Monaghan and Louth, and continued his involvement in the sport after his playing days.

He had a passion for building, working in the trade most of his life, and played a pivotal role in Annaghminnon Rovers building and extending their clubrooms and was enrolled in the club’s Hall of Fame last year.

He was born on June 2 1954 to parents Michael and Lily Quinn of Tullyraine, Killanny. He was the third eldest of a family of eight, comprising four brothers and three sisters.

He worked at a few different jobs before finding his passion for building, which he was working at right up to his sudden passing.

Seamus married Patricia Mackin on September 6 1975 and they went on to have seven children, six daughters and one son. He moved to Mills of Louth where he built the family home which he was very proud of.

Seamus was an avid football player, being part of the Killanny team in 1970 that won the junior football championship. He then went to play for the Westerns for a short time before transferring to Annaghminnon Rovers. He was part of the team that captured the junior championship in 2000.

He was pivotal in the building of the club house and dressing rooms in the early 1990s and again when the club extended it in the early 2000s. His hard work and dedication was acknowledged when he was presented with the Hall of Fame award last year. He also followed the county team, rarely missing a match.

His hobby was restoring vintage tractors. At the time of his passing he was restoring a David Brown tractor to showcase it at the Saint Patricks parade in Louth village.

Seamus reposed at his home on Monday evening March 12 and his remains were removed to Saint Peter and Paul’s church Tallanstown on Wednesday March 14.

His family would like to thank Annaghminnon Rovers, CJ Construction and Louth Vintage for the guard of honour; Father Paul Clayton Lee who was PP in Tallanstown at that time for calling to the house and celebrating Seamus’s funeral mass; Father Sean McArdle for calling to the house and for his kind words he had to say about Seamus; also all the neighbours, family and friends for all the support and help at this difficult time, along with McGeoughs undertakers and Eddie Murphy for the efficient way they carried out the funeral arrangements.