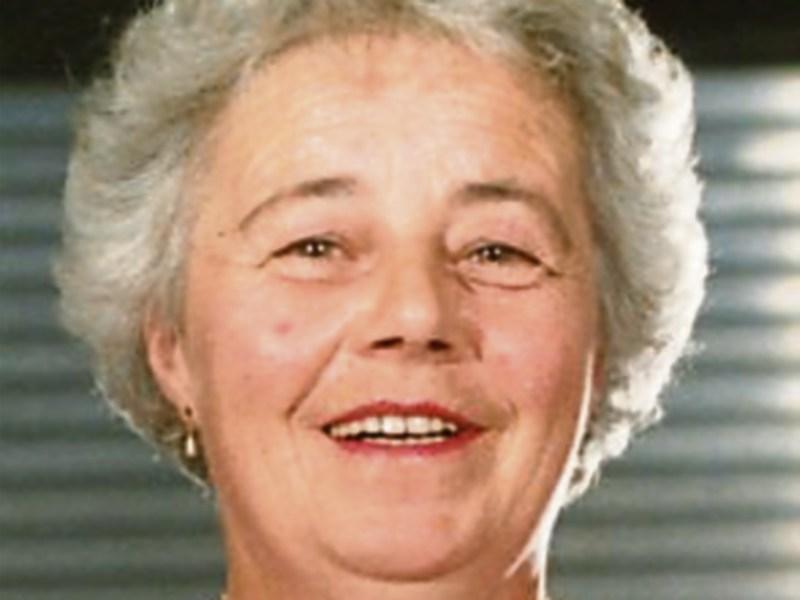 There was great sadness and shock at the passing of Margaret Ann Cawley (Ann), Pinegrove Road, Swords, County Dublin and formerly of Mucklagh, Carlingford on September 18, 2018 after a short illness.

Ann was born on January 9, 1944, the eldest daughter of Joe and Bridie Murphy (nee Muldowney).

On completion of her education in 1960 at the young age of 16 years, she emigrated to London and worked in the Cumberland Hotel at Marble Arch for a number of years and then went on to work for a season in Blackpool.

During that time she sent a weekly “Registered Envelope” home to her widowed mother to help provide for her four young siblings at home.

She returned home for a while and worked in P.J. Carrolls factory in Dundalk, but she later returned to London and worked in Sainsburys where she met her future husband Bartholmew (Pat) Cawley from Sligo who also worked there.

On September 16, 1969 Ann and Pat married in her home church in Boher but they returned to set up home in London.

However, after the birth of their first child they decided to return home to Ireland and settled in Swords, County Dublin where they raised their five children and enjoyed a happy life together.

Ann was a very jovial person; she loved dancing and enjoyed the Irish showbands playing in the Galtymore in Cricklewood, the National in Kilburn and Hammersmith Palais.

She also enjoyed foreign holidays, golfing and gardening, but her greatest love was her family and grandchildren and she took great pride in her home and providing for her family.

She always enjoyed her frequent visits back home to Cooley – calling to all her siblings and extended family and old neighbours.

Ann was a life-long pioneer having received her Golden Jubilee pin in 2010.

Her faith was strong throughout her life and stayed with her through her final illness.

Ann’s untimely death has left a huge void in the lives of her family.

Having reposed at her home in Swords, Ann’s remains were taken to Church of Saint Cronan, Brackenstown, Swords for funeral Mass which was concelebrated by Father Paul Thornton, Administrator Brackenstown and Father Malachy Conlon, P.P. Cooley.

Gifts symbolising Ann’s life were brought to the altar by her grandsons, Daniel, Alex, Thomas and Harry.

Readings were read by her godchild, Ann Marchat and her nieces, Pamela Hughes and Nuala White.

Prayers of the Faithful were read by her grand-daughter, Tamara and by her godchildren, Paula Dowdall, Adrian Murphy and Colm Murphy.

Offertory gifts were presented by her sisters, Bridie and Kathleen.

Ministers of Eucharist were her nephew Miceal Hanlon, her niece Caroline Murphy and neighbour Michael McDermott.

Communion Reflection was read by her niece Sinead Boyle. Beautiful music which added to the ceremony was provided by soloist Jennifer and organist.

At the end of Mass her youngest son Gerard delivered a moving eulogy.

Ann was predeceased by her parents Joe and Bridie Murphy, her parents-in-law Thomas and Cecelia Cawley, her brothers-in-law John Hanlon and Tom Cawley.

There was a large attendance at her burial which took place in Boher cemetery in her native Cooley.