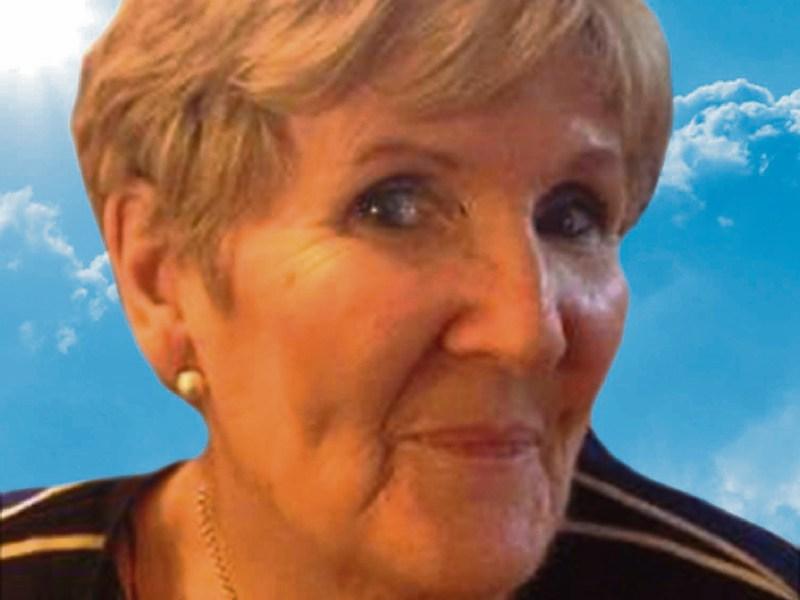 Sheila died peacefully following a short illness under the excellent care of the medical and nursing staff in Our Lady of Lourdes hospital Drogheda surrounded by her loving family.

Sheila was born on January 5 1949 in Lurgan, County Armagh and was one of five children of Gerald and Sheila McConaghy.

Following the family tradition, Sheila joined the Lurgan Operatic society only leaving on her move to Dundalk following her marriage to Sean.

She maintained her love of singing by joining the Redemptorist choir and later the Holy Family choir.

Dundalk was her family home. However, she always remained proud of her home town of Lurgan. Having been happily married to Sean for 48 years, Sheila’s primary role was as wife, mother and granny, a role she cherished and undertook effortlessly.

Sheila and Sean had a family of six in which Sheila remained a stay-at-home mammy. No only did they raise their own family but they played a huge part in rearing their 12 grandchildren.

It was always a busy house which Sheila loved and was a very happy home that has nothing but great memories.

Sheila’s love of family, home and baking made her an excellent homemaker and it was a great house to go into where everyone was made feel welcome.

The kettle was always on and there was always something in the oven. It was a great house to go into but hard one to leave.

This was evident from the large number of people who attended her wake and funeral.

A keen gardener, Sheila loved her flowers, shrubs and hanging baskets and was well known for her award winning and colourful displays.

She also loved reading books, watching cookery and murder mystery programmes and comedies with her favourites, including Mary Berry, Poirot and Only Fools and Horses.

Her love of life and people was infectious. People were drawn to her and she had many, many friends.

She was a very loyal friend and very caring person, always putting other people first.

Her charity efforts were endless, often unknown to those around her. Although she was a life long pioneer, she was always one of the last to leave any social gathering.

She loved fashion and enjoyed nothing more than going on shopping trips, whether it was shopping for her or others.

Sheila was a woman of great faith which she inherited from both her parents. Her religious beliefs were very important to her and she simply loved going to Mass. From examinations to interviews and ill health, there was always a candle burning. She had a special devotion to Our Lady. This was particularly poignant as she died on the feast day of Our Lady of Knock.

Towards the end of Sheila’s illness her faith was a source of comfort to her and gave her the strength to endure it.

Having reposed at her home, Sheila was taken to the Church of the Holy Family for funeral Mass. The celebrant was Father Frank Corry who gave a very touching and moving homily, recognizing the person Sheila was and her many strengths and attributes.

Music was provided by organist Olivia Finnegan and soloist Susan Dixon whose rendition of the hymn “Our Lady of Knock” and songs that Sheila was regularly asked to sing “The Spinning Wheel” and “She Walked through the Fair” kept the congregation spellbound.

The Readings were given by Peter Lynn and Bernadette O’Hagan.

The Prayers of the Faithful were read by Liam Gordon, Ellen Gordon, Martin Dawe, Elizabeth Tumelty and Aisling McConaghy.

The Offertory gifts were presented by Ursula Hassall and Eamon McConaghy and the eulogy was read by Sinead Gordon.

Sheila is sadly missed by her loving family and all who knew her. May she rest in peace.