Breege Lally had a real zest for life 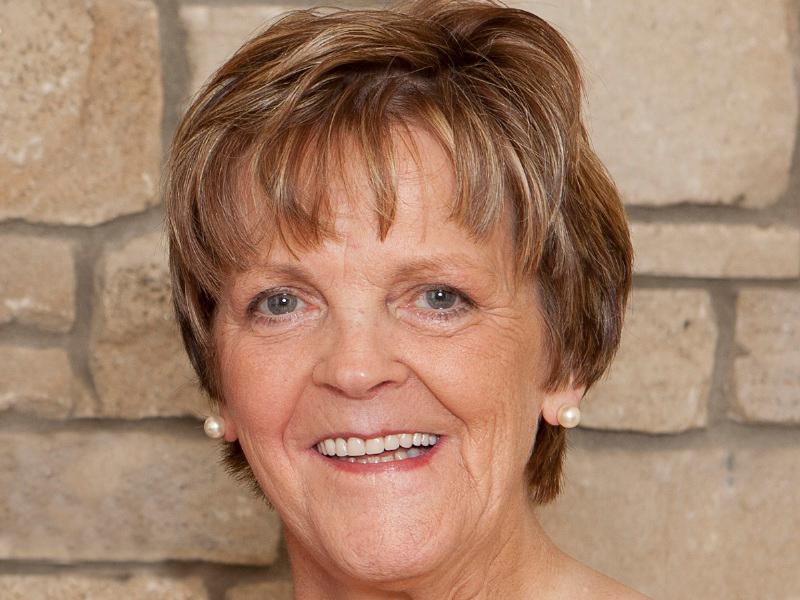 Breege Lally (nee Hamill), Seafield Road, Blackrock, who died on July 13 , 2018, in the Louth County Hospital, was a caring mother and devoted wife who had a tremendous zest for life.

She was born on August 1, 1948 to Thomas and Kathleen Hamill, Kilcurry, the second youngest of six girls.

Breege attended national school in Kilcurry and then Castletown girls when the family moved to manage Bella Baker’s shop in Culhane Street, Dundalk.

Some time later the family moved to Main Street, Blackrock.

Breege worked in PJ Carrolls until she got married on June 24, 1971, to David Lally in Blackrock Chapel. She had two children, Nora and David, to whom she devoted much of her care and attention.

Her son, David was diagnosed with an Intellectual Disability at a young age. Consequently, she and her husband David spent a lot of their time doing voluntary work with the Dundalk Parents and Friends of the Intellectually Disabled where she made many lifelong friends.

Breege enjoyed rug-making for family, friends and celebrities, among them the singer, Dickie Rock.

She loved to bake and many visitors to her home enjoyed a tasty bun or two, and no visitor ever escaped without having tea.

Music and dancing were pastimes that Breege loved to engage in, and she was a great admirer of Irish music, especially Dickie Rock and later, Daniel O’Donnell.

Holiday time with the family was another thing that Breege looked forward to, and she would have been happy had the breakaway lasted longer!

In 1985, Breege became ill with Parkinson’s disease, and after burying her mother, Kathleen in February 1987 Breege and David travelled to Canada to the Neurological Institute in Montreal.

There, Breege bravely underwent pioneering brain surgery. She returned to Montreal in March 1988 for a similar procedure.

Montreal is a predominately French-speaking city and several Irish ex-pats, most especially the McEntee family of the Shore Road in Dundalk, looked after Breege and David who are eternally grateful for their support.

Breege enjoyed relatively good health until January 2000 when she developed a clot in her lung. She was hospitalised for 8 months at this time in the Lourdes Hospital, Drogheda and the Mater Private Hospital, Dublin.

Subsequently, Breege’s health deteriorated and she spent some time every year after that, except 2017, in hospital.

During this time Breege spent most of her time being cared for in the Mater Private Hospital under the very fine care and attention of neurologist Professor Tim Lynch and cardiologist Doctor Hugh McCann and his colleagues.

In January of this year she was admitted to the Mater Private Hospital and was transferred from there, in April, to the palliative care unit in Louth County Hospital.

Breege received exemplary care during her time in the Louth County Hospital.

Despite her continuous suffering Breege wore a broad smile on her face and never complained. Her fighting spirit was strengthened by her devotion to her family, particularly her special son, David and two grandsons, Cillian and Oisín, who brought great joy to her.

After reposing at her home from Friday July 13, Breege was taken from her home on Monday July 16 for requiem Mass at 12 noon in Blackrock chapel.

Mass was celebrated by Father Paddy Rushe, who is a long-term friend of the family and was a great support to the family during Breege’s illness, tending Breege both day and night in the final days of her illness.

He was joined on the altar by Father Michael Cusack, Father Brian White and the chaplain at Saint John of God’s Drumcar, Father Tony Conlan.

At the funeral Mass gifts symbolising her life were brought to the altar by grandson, Oisín (buns), grandson, Cillian (a radio), son, David (a symbol of a caring mother), grandniece, Laura (a family photo), nephew, Niall (a handmade rug) and niece, Claire (a Saint Brigid’s Cross).

Readings were given by niece, Elaine and nephew, Conor and Prayers of the Faithful led by nieces and nephews, Thomas, Joanne, Rosemary, Brian, sister-in-law, Noreen and family friend, Mark McDonald.

Sisters-in-law, Mary and Susie participated in the Offertory procession.

Son-in-law, Conor gave a reflection, while brother-in-law, Jimmy offered thanks to everyone who cared for Breege over the years and to all the people who sympathised with the family. Music was provided by Sarah (singer) and Brendan McCourt.

Breege’s Month’s Mind Mass is on Sunday August 12 at 12 noon in Blackrock Chapel.