Dessie Gorman was brave and inspirational 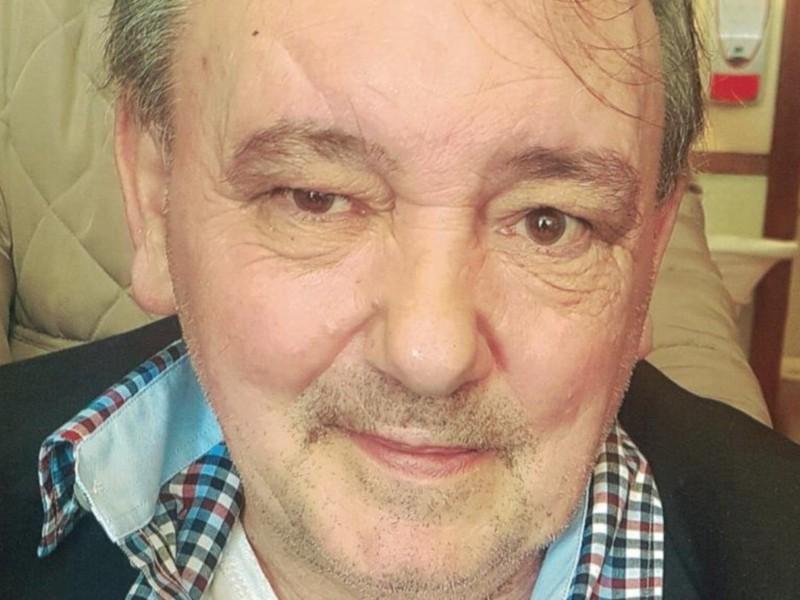 The death occurred peacefully surrounded by his family of Dessie Gorman at the Palliative Care unit of Louth County Hospital on May 11th last.

Dessie was born, reared and lived all of his life in his family home at Lennon Melia

Terrace which he so dearly loved.

He survived a life threatening accident at the age of 18 and further confounded medical opinion to live for four decades afterwards and quite independently despite suffering a further major setback not many years later.

Ultimately the onset of cancer which was discovered in January proved too big of a challenge to overcome for brave and inspirational Dessie, who, in the last few years had to contend with the crushing loss of two of his brothers and had to rely on a wheelchair for his last 18 months .

He was one of ten in the family of the late Joe and Eileen Gorman.

He had not started work too long in the town’s Macardle Moore brewery when the devastating accident occurred.

He was on life support for a time and had to learn to walk and talk again during a period spent in the Dun Laoighaire rehabilitation centre. He was left paralyzed on his left side, but showed great strength and will power to return to a quite normal existence.

However, within a short few years he was dealt another cruel blow that he also battled with rare courage and defiance to carry on fending for himself as best he could and retaining his independence.

He would go to Tesco to do his weekly shopping every Wednesday and make sure he bought the proper food, and he was well known walking about town.

He would also help out family, such as with babysitting. His needs and pleasures were simple. He enjoying going out for a drink when he was able.

He loved music, and enjoyed listening to The Fureys and Paddy Reilly with the “Fields of Athenry” his favourite song which was played as a final farewell at his graveside.

He very much looked forward to attending the Irish Wheelchair Day Centre and availing of it’s services and activities a couple of days a week.

Television and radio were a big part of his life, and “Gone with the Wind” - one of his all time favourite films - was the one he most enjoyed. The theme music “Tara Road” was played as he was borne from the church to be taken on his final journey.

He especially enjoyed listening to LMFM to which he tuned in every Sunday morning to hear Mass. Mass and the Angelus were integral to his life.

His family are forever grateful to those who supported and cared for Dessie along a very tough road from his unfortunate accident, including Fiona Barnett of the HSE in Hamilton House, palliative care nurses and carers.

He was predeceased by his parents, Joe and Eileen, grandson, Lee Luchessi, brothers, Johnny, Peter, Joe and Paul, and also his nephew, Anthony, niece Lisa and brother-in- law, Donald.

partner Stephen, along with nephews, nieces, other relatives and friends.

The regard in which Dessie and his family are held was reflected in the large number who came to pay their respects and sympathise. After reposing at Quinn’s Funeral Home, Bridge Street, Dessie was taken the short journey to Saint Nicholas Church on the Monday.

with the Wind and a can of Guinness were laid before the altar.

The Offertory Gifts were brought to the altar by nieces, Mary and Geraldine.