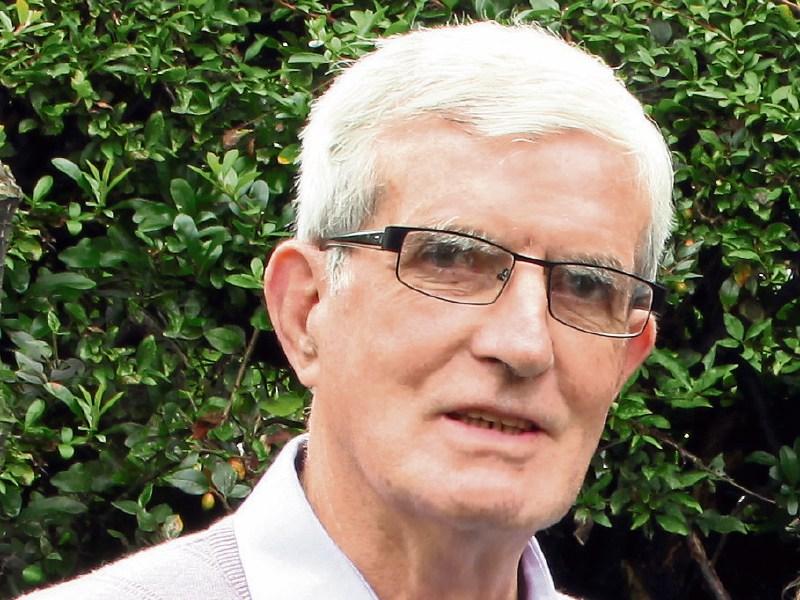 Joe Conlon of Farndreg who died on February 7 last worked for 57 years as a barman and was one of the few professionals in his trade in town and was well known and highly regarded.

He was also known from riding his bicycle around the town, fondly referred to as “whistling Joe”, and earlier in his life through taking part in productions by the Dundalk Musical society, as well as for his love of music, fishing and films, especially cowboys and involvement in local schoolboy and junior soccer.

Son of the late John and Brigid Conlon, he was born in 7 Line Terrace, Hill Street in town. He attended the Friary School, later moving on to the Tech.

He became a member of the Joe McEntee Men and Boys Club and played football for Saint Joseph's Boys' Club run by Joe McEntee for many seasons.

Later he helped manage a number of junior teams, including Hearts who played under a number of names. Around that time and for years after he took part in local musical society shows and sang his heart out as he enjoyed nothing better than a good sing song. He was also a member of the entertainment group “Pink Champagne”.

In his profession he served his time in 1952 in Peter Sloan’s Century Bar, moving on to the former Charlie Reilly’s, Crowe Street, also The Adelphi Bar & Restaurant, MJ’s Bar on Park Street which also are no longer trading and finally McKeowns Bar in Clanbrassil Street where he called it a day in 2009.

While working in the bars he had great banter with the customers; he told many a story and would enthrall customers with his fine singing voice.

Joe met his good wife Maura (nee Flynn) in McArdle's shop where she worked which was adjacent to the Adelphi and it was love at first sight.

They married in Glassdrummond Church in 1966 and were happily married for 52 years. He was a devoted husband to Maura and more than anything he loved spending time with his family.

He was a loving father to his four girls, Louise, Yvonne, Joanne and Clare. He was constantly guiding and educating his children to recognise and enjoy the simple things in life, such as the beauty of nature, down to fixing a bike in his beloved shed.

He encouraged all of his children with their unique talents and supported them in their chosen directions in life.

He was a member of Carrick Angling Club and spent many happy hours by the lake fishing for trout with his good friend Tommy Gartland (RIP), his brother Tomas and his loyal friend Eamon.

He was a successful fisherman and shared his catch with his family, neighbours and friends, making sure everyone got their fair share.

His favourite singers were Dean Martin and Mario Lanza and he enjoyed listing and singing along to opera. His time in MJ’s in the 80s also gave him an appreciation for pop music and he enjoyed bands such as Queen.

Joe was well known for singing ‘The Goodbye Song’ --famously sung by Josef Locke as he was leaving many a party or family gathering.

Joe was not a materialistic man; he was more interested in the simple things in life. He lived in the minute and the simplest of pleasures made him happy.

Joe was always seen on his bicycle around the town which he called the Iron Horse. You would hear him before you would see him as he rode along whistling a merry tune. He was known as “whistling Joe”.

He loved living in Dundalk and always had a great way with people. His good nature and kindness ensured he was loved and respected by all who had the pleasure of meeting him.

In the last eight years of his life, Joe suffered from an illness which he accepted with great dignity. He passed away peacefully at Our Lady of Lourdes Hospital surrounded by his loving family. His family would like to thank the staff at the hospital for the devotion and kindness shown to Joe and his family during this difficult time and for making his final days as comfortable as possible.

Joe reposed at his home in Farndreg and his funeral mass took place in The Holy Redeemer Church and was celebrated by his friend Father Sean McGuigan.

His daughter, Joanne brought up his cap and fishing rod symbolising his life.

The Readings were given by his grandchildren, Joseph and Fay Reynolds, while the Prayers of the Faithful were led by his daughters, Louise Reynolds, Claire Kelly and Yvonne Conlon and his son in law Michael Kelleher.

The Offertory gifts were taken up by his grandchildren Jem and Fionn Kelly and Tomás and Lily Kelleher.